Our fear to speak out on controversial subjects is at times so great that we fail to express critical warnings. This weakness is particularly apparent in the reaction to the noticeably New Age inspired occultism that Norway’s highly profiled Princess Martha Louise personifies.  The Princess’ veneration of angels breaks clearly with Christianity’s understanding of the role of angels as messengers not to be revered in any way.

The Princess and her colleagues claim in the book Møt din skytsengel (Meet your guardian angel) that the creatures they continually contact are angels of light representing a universal love force that can be called anything from god, the all, the one, the goddess, or the universe. This outright promotion of occultism should result in an official statement from the bishop.

Interpretations that encourage others to yield to a mental self-nurturing rest on a mixture of Hindu philosophy and worship of the created. The apparent agenda is to help aimless people find new depths in their drifting egos. A basic element of New Age philosophy is the focus on ego-centric self-realization. The intention is that the individual should achieve a successful life. The thought is good. The challenge is that one is encouraged to singularly cultivate oneself and act according to one’s desires. Positive thinking in New Age circles becomes a purely egotistical method to find narcissistic harmony.

Christian thought also encourages positive thinking, with the goal of achieving self-esteem and happiness. However this differs completely from the purely egoistic. According to Christian philosophy, people achieve satisfaction not just by loving themselves, but also by loving their fellow man. A deeper meaning to life is yours when you lift your gaze from your own needs and choose to care about others.

The editor of the newspaper Finansavisen, Trygve Hegnar, offered a timely reaction in an editorial published November 9, 2009. He compared the Princess  to a quack doctor – falsely acting as if she had sufficient knowledge and qualifications to provide medical assistance. Her continued focus on angels and healing served to weaken the credibility of the royal house, and in his opinion provided grounds for her to relinquish her title of Princess.

When young people’s loneliness, confused identity, and issues with mastery of life are attributed to errors in the chakra system, and that the road to a secure identity is a question of knowing whether you are an indigo child or a crystal child, there is reason to demand that these thousands of emotional women return to their senses and abandon this New Age involvement.

Central leaders of the Church should speak out and draw attention to the distance between the Princess’ appreciation of angels and Christianity’s description of the endeavors of angels. People should be made aware of how the Princess’ definition of angels differs from Christian teaching.  Angels in the scriptures are God’s messengers and must never be contacted directly. In strong words the Bible warns us against the worship of angels.

In the fall of 2010 Princess Martha Louise’s startling claim that she has had contact with the dead resulted in a significant media storm. Several politicians, psychiatrists, leading religious voices in Norway, and I myself expressed skepticism to this type of activity.

Freedom of religion implies that everyone is free to seek spirituality where they please. The challenge arises when the princess uses her institutional role in our highly respected royal house, where His Majesty the King is the formal head of the Church, to promote occultism in a profit-oriented situation.

In a time when knowledge about occult phenomena is low, it is useful to examine religion historical definitions of spiritism, necromancy, and witchcraft. The princess‘ activities fall clearly within the definition of the occult tradition, well outside Christian belief. Occultism is a category that, according to religion researcher Kari Vogt, includes a range of techniques that build upon the idea that the world is governed by invisible forces that can be manipulated by people. Answers to questions concerning the mystery of life are sought outside the Christian-European religion’s view of healthy spirituality.

A spiritist is someone who in a state of trance summons and receives messages from the spirits of the deceased. They will often specify that their activity has nothing to do with religion. Necromancy is the process by which the spirits of the deceased are contacted. In Western tradition a witch is someone that consorts with powers other than God the Creator, and that seeks the supernatural to influence or manipulate people around them. This can include harming others, by casting spells and creating toxic, fearful social environments.  Among the Saami this is known as «ganding.» It is a widespread manipulative technique of domination also practiced in African witchcraft and Haitian voodoo. However, witches can also heal. In Norwegian folk belief witches meet at Blocksberg, where they participated in sexual orgies to increase their powers. In the 1970s witches moved in the direction of new feminism with a belief in a primitive force known as the Mother Goddess, the one, or the universe. In a state of trance they attempted to manipulate the powers of nature to achieve peace, healing, and harmony. Many relate experiences with beings of light, objects moving in space, and flying through the air. These spectacular elements fascinate some rootless, value-confused, and mentally imbalanced women that hope to find meaning in life through contact with a spirit world.

The Norwegian princess Martha Louise claims that she sees phenomena that are not commonly seen by others. So what? The spiritual dimension of man and his experiences with the transcendental have constituted a serious element of major world religions for thousands of years. Occult phenomena are age-old mindsets that in no way indicate a new holistic development of human spirituality. The Bible warns strongly against succumbing to the occult, among others the worship of Astarte, that eventually contributes to self-destructive forces in the life of an individual. In Christian thought the individual is encouraged to participate rationally in the world, to acknowledge the meaning of life as a gift from God, and to oppose evil by choosing to act compassionately towards others. The message «Love the Lord your God and your neighbor as  yourself» summarizes the monotheistic faith’s lesson of grace and outward attitude in the search for the good life. Christian thought clearly states that man shall worship God alone. Neither angels or spirits shall be worshipped. The angels of the Bible are God’s messengers and are governed by God, not man. So just what beings of light does Martha Louise contact? 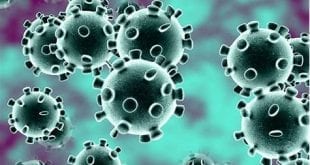 Hydroxychloroquine proven to work against Covid-19, Big Pharma fights it 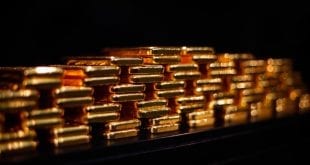 Herland Report:  In Minneapolis, where George Floyd died, the Democrats leadership has chosen to …