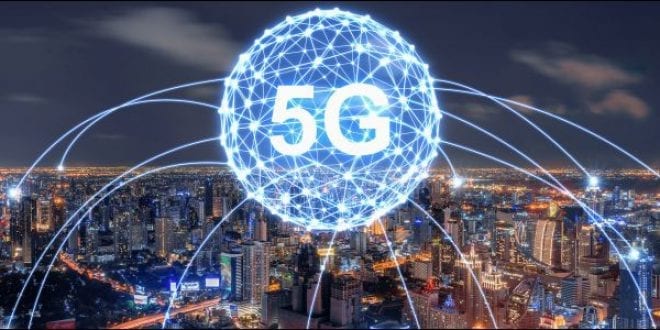 Herland Report: 5G, influenza and EU bureaucracy report worry over potential harmful effect: At some point in February the European Parliamentary Research Service published a brief of about ten pages to its members about 5G and its harmful effects. The brief makes interesting reading.

The brief shows, with admirable clarity, that those who claim there is “no known danger of harm” cannot back their statements with sound facts.

And it shows that the EU Commission has repeatedly ignored the warnings about serious health damages from the European Environment Agency, the European Council, as well as from researchers and physicians.

The Commission has preferred to heed a small group of physicians and statisticians closely linked to and loyal to ICNIRP, which has organized and secured positions for them.

The only sensible reaction to this – also on the part of politicians – would be to call a full halt until the consequences for health have been studied.

And this time by an independent, scientifically balanced body without any members who owe their allegiance to ICNIRP, just as the brief published by the EPRS calls for, writes Einar Flydal.

He is a Norwegian cand.scient. and Master of Telecom Strategy, and a science blogger on EMF, health and the environment. The article was first published as a blog post at http://einarflydal.com on the 12.03.2020.

Cand. Scient, Einar Flydal is a regular contributor to The Herland Report, watch TV interviews about the impact of cell phone radiation, cancer and health here and here.

5G, influenza and EU bureaucracy report worry: Here is the brief in original. The brief is written by a an unturned leaf within this field, Miroslava Kostova Karaboytcheva, a Bulgarian with a PhD in economics who works as a researcher at EPRS.

She also seems to be connected to the University of Alicante, where she works with economic theory and modelling.

At EPRS she must have studied the issues related to 5G and health in depth, and gained an overview of the situation which has made her draw the same conclusions as you find in the book about 5G (Flydal and Nordhagen 2019), and which everyone else I know who have studied these processes can see clearly.

If you are against an EU membership for your country, the brief will confirm your worst misgivings about how the EU Commission allows corporations to set the agenda and expose its inhabitants to economic and health-related hazards.

If you are favorable to an EU membership, then this is a serious case and an opportunity screaming for help to demonstrate that the EU Commission is able to set matters right – before predictable damage occurs.

The issue also involves both Norway and Sweden and the way our elected politicians and our central public administration are letting us down.

The brief also reveals many interesting details, as for instance that individual countries are free to set stricter exposure limits, for instance by using biologically relevant criteria instead of an abstract measurement of how long it takes to heat a liquid with the same mean density as the brain.

Something else that clearly emerges, is a recognition of the fact that the pulsing used in radio waves – which is not considered by current limits – plays an important role in terms of health effects.

The brief also shows how the Swedish council for scientific advice on electromagnetic fields, a committee that is held in high regard in Norway, delivers statements that are simply clear obstruction.

Such actions cannot be excused simply as the results of ineptitude; it is so serious that I would have liked to know those committee members have got in their bank accounts.

5G, influenza and EU bureaucracy report worry: In short, this brief is worth reading thoroughly. And when you have done so, you should find a way to make politicians who are interested in health and environmental issues take the matter in hand, and instruct government to take a critical approach to the inaptitude of the EU bureaucracy and the rosy picture-painting that is laid bare by the brief.

As we have seen in practice, the Norwegian health authorities has failed in this respect, has not been able to do so by its own initiative, and these days it seems to have other issues to care about.

And by the way: If the Norwegian fact-checking website Faktisk.no should decide to look for flaws in the brief, it may save itself the trouble.

Its Danish equivalent Tjekdet.dk has already done so. They clearly didn’t like the brief, and found some researchers, known to be loyal to the INCIRP position, who found the brief “biased”.

The Danish Tsjekdet.dk actually argues against the brief by referring to sources such as the American Food and Drug Administration, which in recent years has become known to be a so-called «captured agency» – a public body which has come under the control of private enterprise.

The report published by this body, referred to by Tjekdet.dk, is getting harsh critique from several sources. Tjekdet.dk failed to find any incorrect facts in the EU brief.

The report mentions a research project which shows that a 2,4 GHz frequency can be used to give lab rats diabetes. A quite short exposure simply seems to be a quick and easy way to provoke diabetes in lab rats.

When I read this I was struck by the fact that the same frequency is very common in most homes: Wifi routers and everything we connect to them transmit using this frequency.

Could this be one of the reasons why diabetes is so common? This would match the description made by Arthur Firstenbergs in his “Invisible Rainbow – a History of Electricity and Life”.

In this book he shows how the increase of diabetes has followed that of electricity. Researchers are ignoring this, instead looking to diet, lifestyle and exercise, thus failing to discover the role EMF may be playing. Someone should have checked.

Arthur Firstenberg: The Invisible Rainbow – a History of Electricity and Life

THOUSANDS SUBSCRIBE TO OUR WEEKLY NEWSLETTER AND TV SHOWS. Follow the trend and be one of them, and SHARE the articles: Thanks so much for reading! More people, like you, are supporting and reading our investigative work, than ever before. All articles are free, no pay walls. The best way to make sure you see what we publish is to subscribe to the mailing list, which will get you a weekly email notification and alerts about our TV shows – FOR FREE! Our articles and TV shows are entirely fan-supported, so please consider sharing it around!
5G, influenza and EU bureaucracy report worry over potential harmful effect:

Previous Faith and Mental Health Scientifically Proven positive effect, WND
Next The Panic of Corona may be the element that brings about major restructuring of ownership – Hanne Nabintu 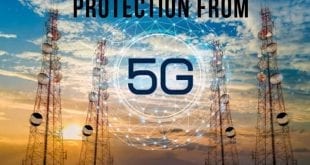 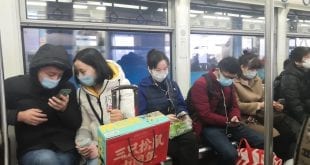