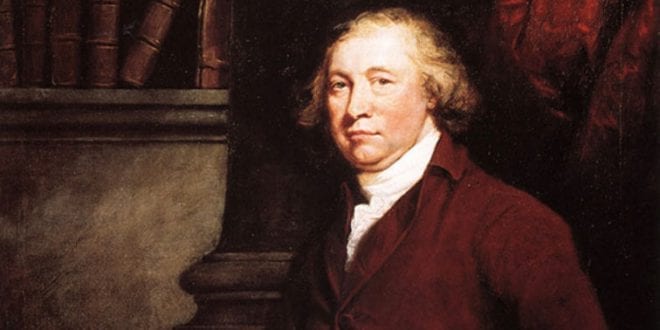 Herland Report: In today’s progressive, mainstream narrative, history is steadily twisted to fit the Liberal agenda, that is to move Western values further away from its historical roots.

We shall take a closer look at the French Revolution, which at the time created anarchy and civil war in France. Was the French Revolution really about “the people”? Did it really lead to “brotherhood and fraternity”, or are we presented to the politically-correct narrative when we hail Revolutions and Wars?

We are told that the 1789 French Revolution was “a glorious moment for the people,” although it led to complete anarchy, a shutdown of the church and massive disorder in France. Strong conservative forces in Britain warned against it, yet the growing movement saw war and revolution as the only answer to injustice in society.

Not until Napoleon came to power were order and freedom of religion reinstated, writes Hanne Nabintu Herland for World Net Daily, a leading conservative US news site.

Hanne Nabintu Herland is a bestselling historian of religions and bestselling author. She is the founder and host of The Herland Report Scandinavian news site, TV channel on YouTube and Podcasts which have millions of readers/viewers yearly. This is a great place to watch interviews with leading intellectuals, thought leaders, authors and activists from across the political spectrum – free from political correctness. The Herland Report believes in freedom of speech and its editorial policy resides above the traditional Left vs Right paradigm which we believe has lost its relevance and ability to describe the current driving forces in Western politics. Herland’s latest book, The Culture War. How the West lost its Greatness, is available in the USA and 60 countries world-wide. www.theherlandreport.com

This brings us to the point: In England, politicians and intellectuals questioned the rationality of the uprising, as they watched the totalitarian nature became horrifyingly apparent as people were executed at the hint of opposition under the authoritarian “rule of the people.”

There was zero tolerance for the historic traditions in France, the elites slaughtered and killed. The modern conservative movement in England suggested that society needs to maintain laws and regulations, and not too easily fall prey to the passionate call for revolutions. They spoke of the need for moderate reform in order to avoid the type of anarchy that was plaguing France. And today, there are lessons to be learned from this.

Also read: The French Revolution and Democratic Tyranny of the Mob

Many believed that keeping a certain order is necessary since man has an inherent tendency to exploit others to his own benefit. Man needs to control his selfish desires, whether he is rich or poor, among the elites or among the suppressed, regardless of gender and ethnic background.

Hence the need for an ethical foundation of society to firmly establish respect for the natural diversity that exists in any given society. It was stated that the goal was to avoid anarchy and ensure the right of the individual to live in a society where his welfare was protected and transgressors punished.

The English philosopher Edmund Burke, who lived in the 1700s, was a strong voice for these ideals. He is described by many as the founder of modern conservatism. In “The Conservative Mind,” historian Russel Kirk describes Burke’s strong dislike for the French Revolution, as he fought fiercely against it. In no way did he want a similar process to take place in England. 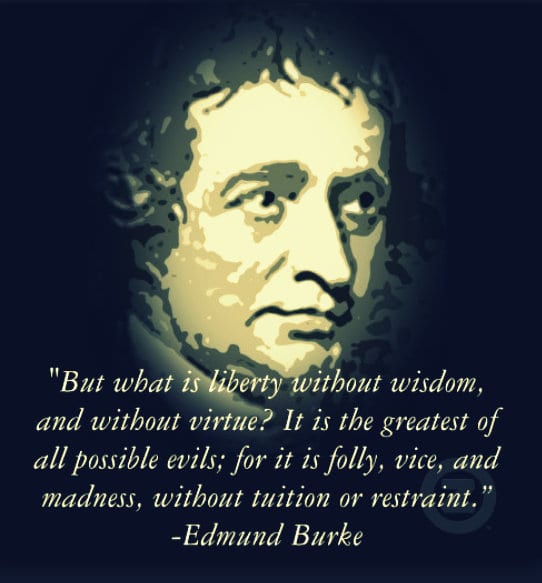 In his pamphlet “Reflections on the Revolution in France,” Burke warned against the effects of dramatically changing the values and structures of society too quickly – which, by the way, is happening in America today. He warned of democracy itself. If democracy means rulership by the mob, he stated, anarchy is ahead. Burke felt that it was vital leaders were properly educated, skilled for the job and fixed on serving the people for the system to work.

To Burke, a society without a hereditary nobility and highly educated and capable benevolent leaders, lacking an established church and continuous traditions, meant dangerously playing with the very fabric of Western society.

He examined the inherent problems of injustice and abuse of power among the elites but found completely different answers than did Karl Marx.

Burke firmly believed that religion is one of the main foundational pillars of society. He criticized deism and atheism and maintained that Christianity was vital to maintain in order to push for social progress, both for man’s soul on the personal level, as well as for political arrangements and the preservation of constitutional and civil liberties. Burke strongly believed in the liberty of the people and the need to protect them against the political elites’ abuse of power.

He fervently stated that radical French philosopher Jean-Jacques Rousseau was wrong in arguing that the social contract should be between the sovereign state and its people.

Burke referred to the historical partnership between generations, even incorporating respect for the dead and the yet unborn, as the true source of stability, loyalty and growth for a nation. In other words, he had a deep respect for historical traditions.

Burke felt that bloody revolutions and civil wars were not the way to go. This would not lead to prosperity and stability. Within the framework of law and order, he sought to reform society gradually rather than rapidly and stop the abuse of power without heading toward civil war. Until the day he died, he advocated that change is not always for the better.

One of the lessons of the French Revolution was that the revolt occurred because contemporary elites lost the ability to adequately solve the problems of the people. If authorities are all about elitist camaraderie in a new capitalist structure that only makes the few rich, “democracy” turns into an effective totalitarian system. In such a system, the revolt brewing among the people might become fatal. 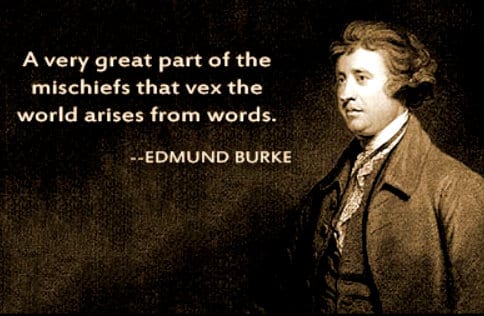 THOUSANDS SUBSCRIBE TO OUR WEEKLY NEWSLETTER AND TV SHOWS. Follow the trend and be one of them and SHARE the articles: Thanks for reading! The best way to get around the internet censors and make sure you see what we publish is to subscribe to the mailing list, which will get you a weekly email notification and alerts about our TV shows. Our articles and TV shows are entirely fan-supported, so please consider sharing it around!
Share
Previous Orwellian censorship on Facebook #SOVJET: Herland Report Censored
Next Medieeide Faktisk.no betales for å sensurere Facebook #SOVJET