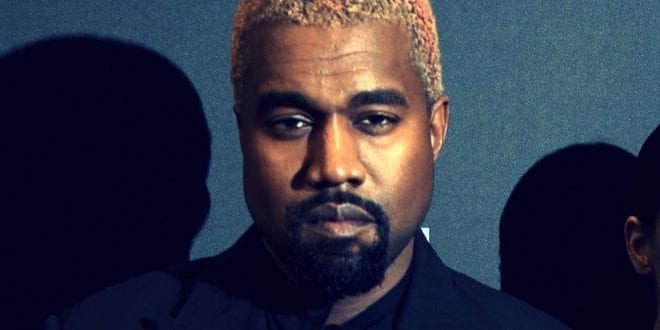 Share
Share it!
We follow the ultimate Western rebels, Kanye West and now Coldplay, using Sunday as a Spiritual Day. Herland Report will publish articles on the upcoming Sundays on the importance of Christianity in our historic Heritage.

Herland Report: In this segment, let us take a closer look at the paradox that Russia is now the leading public defender of Christianity. We do not hear much about it in the mainstream media, of course. Yet, from being an atheist state, Russia now boasts more than 70 % of its population as Christians.

While Christianity is scorned by atheist Western elites, Russia rises as the defender of Christianity.

While Christianity is scorned by the atheist Western elites, Russia is rising as the defender of Christianity world wide. Why? What made the Russians so tired of state sponsored atheism that they – en masse – left the atheist faith? Why do we hear so little about the massive Russian change in the West?

The growing tendency to persecute Christians in the West worries many, yet strangely enough it is Russian leaders who defend the values that once made the West such a great civilization, writes founder of The Herland Report, Hanne Nabintu Herland in her weekly column at the largest conservative news network in the world, World Net Daily.

In an interview after the meetings between the head of the Russian Orthodox Church, Patriarch Kirill and Pope Francis in Cuba, the Patriarch stated in his defense of Christianity:

“I strongly believe that we should work together in order to save our society from de-Christianization – because, facing increasing atheistic pressure, which has become quite aggressive in some countries, Christians are being squeezed out of public life. Christians are under pressure. All this indicates that we are dealing with a dangerous, critical situation, with regard to Christian reality and Christian presence.”

Patriarch Kirill is among those who seem deeply worried about the growing Christophobia in Europe.

He repeatedly highlights that the rise of euthanasia and self-killing, the cult of sensual pleasures, the rise of non-Christian values and the development of a sense of permissiveness is a serious step away from the original values of Europe, according to Pravmir.

When did we last hear the archbishop of Canterbury speak like that? Or the leading bishops in the Protestant Churches? When do they publicly demonstrate the defense of Christianity?

Where are they, where are they hiding to avoid the public limelight? Are they afraid of persecution? And if so, how can they profess to be followers of Christ? To be persecuted, spoken ill of, hated and scorned was one of his promises to those who follow Christ.

The New Progressive Left hated traditional values and fought it like crazy, – and have succeeded in eradicating the very values that once made us great.

And Christians are uncomfortable in many Western countries today as the progressive, liberal atheism dominates the mainstream media and the public sphere.

The progressive hatred towards traditional values made the ideology allergic to all things Conservative. Majority views were to be quenched – as we have seen the progressive ideologist, Herbert Marcuse, state: The need to discriminate against and diminish the role of the Conservatives and other unwanted groups was a must in order to radicalize the West.

Repression of majority views has become the trademark of the New repressive Left. Thinkers like Herbert Marcuse, the father of the student revolution in the 1960’s, speaks openly in A critique of pure tolerance about the need to oppress the views of the majority population in order to succeed in revolutionizing the culture.

Marcuse’s illiberal words reveal the authoritarian New Left pursuit, stating that repressing the worldview of the majority is necessary in order to achieve the desired goal: To change the value system. And so they have. Today we live in a society where the traditional family is demonized, the man is demonized, Christianity is demonized and European history is demonized.

The Russian-Orthodox bishop, Metropolit Hilarion has stated a strikingly valid point in his defense of Christianity, as cited by Observatory of Intolerance Against Christians: “We often hear about antisemitism and Islamophobia, and very little is said about Christianophobia, which is gaining strength in many European countries.”

Many would be amazed, reading these words. It is indeed, to a Westerner, surprising to see that a country such as Russia, which before used to be an atheist state, now is leading the fight for the Christian faith internationally.

And yes, we hear remarkably little about this in the mainstream media, which does not exactly come across as supportive of the Western Christian heritage, the very values that once made us a world-leading civilization.

The progressive hatred towards traditional values made the ideology allergic to all things Conservative.

It illustrates quite well that some of the information given to the public through the mainstream media is not exactly balanced. We hardly ever hear about Russia’s defense of Christianity, in fact, it is hard to find any positive comments about this large nation at all.

Yet, it is noticeable that six companies now own over 90% of the American media, according to Business Insider. It is, so to speak, in the hands of the few to paint foreign countries are either good or bad.

The Organization for Security and Co-operation in Europe (OSCE) Reports have commented on recent attacks on Christian communities in Europe and have highlighted the necessity to address the problem of intolerance against Christians with a specific focus on hate crimes.

According to the International Society for Human Rights, 80% of all acts of religious discrimination in the world today are directed at Christians.

The Pew Forum states that between 2006 and 2010, Christians faced some form of discrimination in 139 nations, which is almost three-quarters of all the countries on earth – constituting an unreported catastrophe of our time.

Furthermore, one hundred years ago, 80% of the world’s Christians lived in the West, while today the number has dropped to around 40%, according to Freedom Outpost.

The speech of Russian Foreign Minister, Sergey Lavrov, held at the 28th session of the UN Human Rights Council in Geneva, 2015, stands out as a relevant illustration.

Lavrov is among the non-Western leaders who voices, on a regular basis, concern about the aggressive secularism in the West and the persecution of Christians, as morality and traditional national, cultural and religious identity is eroding in Europe. At the Council, he noted that: “Christianity is the world’s largest religion in terms of both the number of its supporters and its worldwide presence.

After all, every country has at least one Christian community… I also have to mention the problems experienced by Christians in a number of Western European states, where for some reason it has become politically incorrect to identify oneself as a Christian, and where people are even starting to become uncomfortable with Christian values that form the foundation of the European civilization.”

History may explain part of the reason for this new Russian approach. After the fall of the Soviet Union, most Russians were weary of the anti-traditionalist, atheist Communist society that they felt had limited them for so long.

This is what many Westerners do not understand, that a people who for so long have been under the atheist Communist boot, do hope for new freedoms.

Many welcomed the freedom of religion and today, around 70% of the Russian people are Christians. This implies massive movements within society to return to the old, cultural greatness of the Russian state.

THOUSANDS SUBSCRIBE TO OUR WEEKLY NEWSLETTER AND TV SHOWS. Follow the trend and be one of them, and SHARE the articles: Thanks so much for reading! More people, like you, are supporting and reading our investigative work, than ever before. All articles are free, no pay walls. The best way to make sure you see what we publish is to subscribe to the mailing list, which will get you a weekly email notification and alerts about our TV shows – FOR FREE! Our articles and TV shows are entirely fan-supported, so please consider sharing it around!
Share
Previous Medieeide Faktisk.no betales for å sensurere Facebook #SOVJET
Next Boris Johnson considers halt in BBC TV License Fee: Too Much Socialist Bias