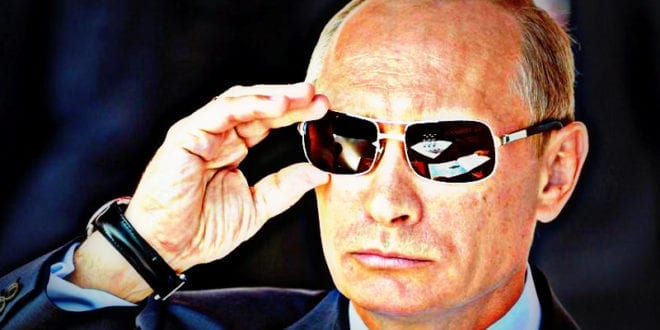 How to understand Western Conservative support for Putin

He is a hero to populist conservatives around the world and anathema to progressives.

Vladimir Vladimirovich is not the president of a feminist NGO. He is not a transgender-rights activist. He is not an ombudsman appointed by the United Nations to make and deliver slide shows about green energy, writes Christopher Caldwell, senior editor of the Weekly Standard.

Putin is the elected leader of Russia—a rugged, relatively poor, militarily powerful country that in recent years has been frequently humiliated, robbed, and misled.

There are two things Putin did that cemented the loyalty of Solzhenitsyn and other Russians—he restrained the billionaires who were looting the country, and he restored Russia’s standing abroad.(Photo: The Atlantic)

He is a hero to populist conservatives around the world and anathema to progressives.

I don’t want to compare him to our own president, but if you know enough about what a given American thinks of Putin, you can probably tell what he thinks of Donald Trump.

Let me stress at the outset that this is not going to be a talk about what to think about Putin, which is something you are all capable of making up your minds on, but rather how to think about him.

And on this, there is one basic truth to remember, although it is often forgotten.

Our globalist leaders may have deprecated sovereignty since the end of the Cold War, but that does not mean it has ceased for an instant to be the primary subject of politics.

By American standards, Putin’s respect for the democratic process has been fitful at best.

He has cracked down on peaceful demonstrations. Political opponents have been arrested and jailed throughout his rule.

Some have even been murdered—Anna Politkovskaya, the crusading Chechnya correspondent shot in her apartment building in Moscow in 2006; Alexander Litvinenko, the spy poisoned with polonium-210 in London months later; the activist Boris Nemtsov, shot on a bridge in Moscow in early 2015.

While the evidence connecting Putin’s own circle to the killings is circumstantial, it merits scrutiny.

Yet if we were to use traditional measures for understanding leaders, which involve the defense of borders and national flourishing, Putin would count as the pre-eminent statesman of our time.

On the world stage, who can vie with him? Only perhaps Recep Tayyip Erdoğan of Turkey.

When Putin took power in the winter of 1999-2000, his country was defenseless. It was bankrupt. It was being carved up by its new kleptocratic elites, in collusion with its old imperial rivals, the Americans. Putin changed that.

In the first decade of this century, he did what Kemal Atatürk had done in Turkey in the 1920s. Out of a crumbling empire, he rescued a nation-state, and gave it coherence and purpose.

He disciplined his country’s plutocrats. He restored its military strength.

And he refused, with ever blunter rhetoric, to accept for Russia a subservient role in an American-run world system drawn up by foreign politicians and business leaders. His voters credit him with having saved his country.

Why are American intellectuals such ideologues when they talk about the “international system”?

Probably because American intellectuals devised that system, and because they assume there can never be legitimate historic reasons why a politician would arise in opposition to it.

They denied such reasons for the rise of Rodrigo Duterte in the Philippines. They do the same with Donald Trump.

And they have done it with Putin. They assume he rose out of the KGB with the sole purpose of embodying an evil for our righteous leaders to stamp out.

Putin did not come out of nowhere. Russian people not only tolerate him, they revere him.

You can get a better idea of why he has ruled for 17 years if you remember that, within a few years of Communism’s fall, average life expectancy in Russia had fallen below that of Bangladesh.

That is an ignominy that falls on Boris Yeltsin. Yeltsin’s reckless opportunism made him an indispensable foe of Communism in the late 1980s. But it made him an inadequate founding father for a modern state.

Aleksandr Solzhenitsyn, whose writings about Communism give him some claim to be considered the greatest man of the twentieth century, believed the post-Communist leaders had made the country even worse.

In the year 2000 Solzhenitsyn wrote: “As a result of the Yeltsin era, all the fundamental sectors of our political, economic, cultural, and moral life have been destroyed or looted. Will we continue looting and destroying Russia until nothing is left?”

That was the year Putin came to power. He was the answer to Solzhenitsyn’s question.

There are two things Putin did that cemented the loyalty of Solzhenitsyn and other Russians—he restrained the billionaires who were looting the country, and he restored Russia’s standing abroad. Let us take them in turn.

Russia retains elements of a kleptocracy based on oligarchic control of natural resources.

But we must remember that Putin inherited that kleptocracy. He did not found it.

The transfer of Russia’s natural resources into the hands of KGB-connected Communists, who called themselves businessmen, was a tragic moment for Russia. It was also a shameful one for the West.

Western political scientists provided the theft with ideological cover, presenting it as a “transition to capitalism.” Western corporations, including banks, provided the financing.

Let me stress the point. The oligarchs who turned Russia into an armed plutocracy within half a decade of the downfall in 1991 of Communism called themselves capitalists.

But they were mostly men who had been groomed as the next generation of Communist nomenklatura­—people like Boris Berezovsky, Vladimir Gusinsky, and Mikhail Khodorkovsky.

They were the people who understood the scope and nature of state assets, and they controlled the privatization programs.

They had access to Western financing and they were willing to use violence and intimidation.

So they took power just as they had planned to back when they were in Communist cadre school—but now as owners, not as bureaucrats.

Since the state had owned everything under Communism, this was quite a payout. Yeltsin’s reign was built on these billionaires’ fortunes, and vice-versa.

Khodorkovsky has recently become a symbol of Putin’s misrule, because Putin jailed him for ten years. Khodorkovsky’s trial certainly didn’t meet Western standards. But Khodorkovsky’s was among the most obscene privatizations of all.

In his recent biography of Putin, Steven Lee Myers, the former Moscow correspondent for the New York Times, calculates that Khodorkovsky and fellow investors paid $150 million in the 1990s for the main production unit of the oil company Yukos, which came to be valued at about $20 billion by 2004.

In other words, they acquired a share of the essential commodity of Russia—its oil—for less than one percent of its value.

Putin came to call these people “state-appointed billionaires.” He saw them as a conduit for looting Russia, and sought to restore to the country what had been stolen from it.

He also saw that Russia needed to reclaim control of its vast reserves of oil and gas, on which much of Europe depended, because that was the only geopolitical lever it had left.

Christopher Caldwell held this speech (adapted here) on February 15, 2017, at a Hillsdale College National Leadership Seminar in Phoenix, Arizona. Cristopher Caldwell is a senior editor at The Weekly Standard.

A graduate of Harvard College, his essays, columns, and reviews appear in the Claremont Review of Books, the Wall Street Journal, the New York Times Book Review, the Spectator (London), Financial Times, and numerous other publications. He is the author of Reflections on the Revolution in Europe: Immigration, Islam, and the West, and is at work on a book about post-1960s America.