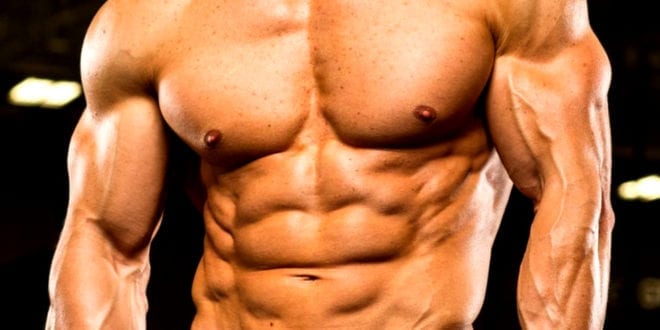 Herland Report: We live in a period of history in which intensifying gender, race and religious wars are leading to political disputes over nationalism versus globalism. This is threatening Western liberty with a return to primitive tribalism, writes Roy Barzilai at The Herland Report in a brilliant analysis. Buy the book.

Sex. Life. Death. What is it that drives us toward sex, fuels life, and makes death inevitable? As it turns out, it’s the same thing: Testosterone. Not only does testosterone fuel the passion for reproduction and play a critical role in the length of our lives, it is an integral component to the mechanism of human civilization—its triumphs and its tragedies.

In order to understand the forces that drive the life cycles of human cultures and that form the engine of history, The Testosterone Hypothesis goes to the most fundamental building blocks of human neuroscience.

Each side in the conflict, from conservatives and libertarians on the right, to liberals on the left, has its own high ideals and vision for the “social good” and the appropriate structure for our cultural, social and political institutions, which are deemed morally fit in accordance with each ethical view.

In my recent book, The Testosterone Hypothesis, I suggest that human cultures go through life-cycles that are controlled and regulated by growth hormones, primarily testosterone. Given its primacy in human development, testosterone actually drives the sexual organization of our culture and even our ideas and social organization.

Both on the right and the left, we tend to think of ourselves as rational and moral beings, motivated by extensive ideological systems that are deeply rooted in our common shared valued, history and philosophical traditions.

Moral psychologist Jonathan Haidt terms this as “morality binds and blinds,” binding us together into social groups and blinding us from appreciating the moral values that guide the opposite side.

However, in recent years, with the rise of neuroscience and a much improved understanding of how hormones shape our brains, a new scientific synthesis is emerging and uncovering the biological and Freudian psychological factors that mold our minds, frame our moral matrices, and operate as a secret driving force behind our social and cultural transformative change, or evolution.

Psychology professor Jordan Peterson discusses human dominance hierarchies and how they shape our ideologies in his theory of archetypes, a collectively-inherited unconscious idea, or image that is universally present in individual psyches, as in Jungian psychology. These archetypal or mythical elements unconsciously shape the mindset of each member of our social groups.

For instance, the ideal of God the Father as the ultimate patriarch, taking care of his children—mankind—in the philosophy of ancient Hebrew Scripture, suggests that it is the peak-testosterone point in the evolution of our Western Judeo-Christian civilization.

Likewise, art historian and self-described lesbian, transgender and dissident feminist, Camille Paglia captures the essence of sex in structuring the personality through human history in her masterpiece, Sexual Personae:

Sex is the point of contact between man and nature, where morality and good intentions fall to primitive urges. I call it an Intersection.

Judaism, Christianity’s parent sect, is the most powerful of protests against nature. The Old Testament asserts that a father god made nature and that the differentiation into objects and gender was after the fact of his maleness.

The transgender movement is only one symptom of a generational trend of testosterone decline that results in the fall of gender differentiation.

In my recent book, The Testosterone Hypothesis, I suggest that human cultures go through life-cycles that are controlled and regulated by growth hormones, primarily testosterone. In the “default” condition of our human state, we are all born female; it is the release of the hormone testosterone in utero that determines the gender of the child, whether it will assume masculine characteristics or remain feminine.

Given its primacy in human development, testosterone actually drives the sexual organization of our culture and even our ideas and social organization.

It is a dominance hormone that shapes our social dominance hierarchies in one of two general directions: either a patriarchal, individualistic culture, elevating family values, independence and personal responsibility and led by a competitive, masculine vision for the “social good,” or a feminist, socialist form of big government paternalism in a transgendered, egalitarian and collectivist society.

Another symptom of testosterone collapse is the fall of Western male dominance and Western hegemony in the global pecking order of the nations, which author Howard Bloom discusses in his book The Lucifer Principle. The barbarians, in the form of the religion of Islam, are standing at the gate as the West is becoming effeminate, weak and impotent.

As Western male dominance collapses, and because nature does not exist in a vacuum, feminists and socialists embrace a posture of surrender, inviting the Islamic jihadists to conquer and rape our culture into submission.

In regard to how testosterone shapes our brain, professor of developmental psychopathology at the University of Cambridge, Simon Barron-Cohen, has formulated the empathizing–systemizing (E–S) theory, classifying people along two opposing dimensions: empathizing (E) and systemizing (S).

According to Barron-Cohen, this theory is a better predictor of who chooses Science, Technology, Engineering and Mathematics (STEM) subjects than gender alone is. The theory has been further developed into the Extreme Male Brain (EMB) theory, which explains autism and Asperger syndrome as associated with low empathy and excess systemizing.

In the Dopaminergic Mind, neuroscientist Fred H. Previc writes about the personality characteristics of the male brain that led to the hyper masculine philosophy of the Hebrew Bible, in which man is commanded to “Be fruitful, and multiply, and replenish the earth, and subdue it:

and have dominion over the fish of the sea, and over the fowl of the air, and over every living thing that moveth upon the earth” (Genesis 1:28):6.1 The transition to the dopaminergic society: (around 1,500 BCE)

The dramatic transformation of human existence into a much more competitive, inegalitarian, and ruthlessly technological one has been termed “The Fall” by Taylor (2005), and it may be the basis for the biblical story of Adam and Eve.

It has also been associated with a major change in human consciousness. Humans before this era viewed themselves as surrounded by and controlled and even aided by various gods; indeed, what might be today considered pathological symptoms such as hallucinations and delusions of being controlled (the “alien control” syndrome) may actually have been quite common and tolerated during this time.

The new consciousness, however, posited humans as independent, self-conscious agents, and the gods that they had once placed such faith in but who failed to prevent several centuries of natural catastrophes became more distant and less involved in controlling their thoughts and actions.

Many theorists have argued that this era represents the beginning of left-hemispheric dominance, inner thoughts, ego explosion, masculine aggression, otherworldliness, a linear temporal perspective, and a technological mindset.

It is certainly true that these features are more characteristic of the left hemisphere, but there is no actual evidence that our anatomical or functional lateralization was altered during this epoch.

Rather, what occurred was a dramatic increase in the dopaminergic mind, which is typified by its advanced cognition, competitive drive, masculine style, focus on distant (future) goals and space, and control over nature and others (“agentic extraversion”), all at the expense of empathy towards others and maintenance of the emotional self.

Wilson has said in reference to the social species of ants: Karl Marx was right, socialism works; it is just that he had the wrong species.

Ants are one of a few existing eusocial species that live in a communist-like social organization, because of their biology, due to their reproductive dependence. The sterile worker ants require the queen in order to reproduce and maintain their colony.

The queen ant only mates once with a male, who dies soon after fulfilling his part, and then she builds a nest to fertilize and grow her eggs. The worker ants are forced to live in a centralized society in which they serve the reproductive functions monopolized by their queen.

This suggests that the sexual organization of society determines its social organization and division of labor, according to its adapted reproductive strategy, selected in the evolution of sex.

In contrast to ants, which are all female societies (a feminist utopia), in human societies, the males play a dominant and active role in pair-bonding with females to create the family structure and raise the children. Men also have the masculine characteristics, designed to protect and provide for their wives and children.

Humans possess reproductive independence to give birth to their offspring with no need for a “queen.” Moreover, humans benefit from a greater level of Darwinian fitness when seeking their own self-interest, taking care of their families and cooperating peacefully with other members of their society for mutual benefit—particularly under the capitalist system that promotes individual rights. Buy the book here.

Roy Barzilai is an independent scholar, who studied both Ayn Rand’s philosophy of Objectivism and Rivka Schechter’s philosophy of language, rooted in the Hebrew Bible. As a financial analyst for more than a decade, Roy became aware of the herd mentality in financial markets. He studied the Wave Principle of Human Social Behavior and the new science of Socionomics, focusing on how change in social mood affects society, its ideas, philosophy, culture, and economy. This dynamism is the engine of history. Roy holds undergraduate degrees from Tel Aviv University in Law, accounting, and computer science.
THOUSANDS SUBSCRIBE TO OUR WEEKLY NEWSLETTER AND TV SHOWS. Follow the trend and be one of them, and SHARE the articles: Thanks so much for reading! More people, like you, are supporting and reading our investigative work, than ever before. All articles are free, no pay walls. The best way to make sure you see what we publish is to subscribe to the mailing list, which will get you a weekly email notification and alerts about our TV shows – FOR FREE! Our articles and TV shows are entirely fan-supported, so please consider sharing it around! 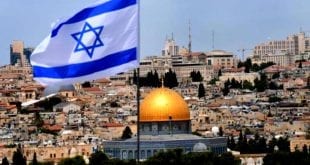 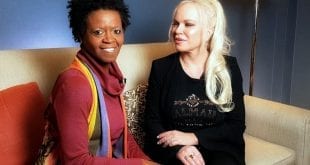 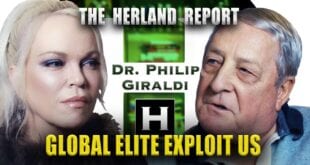 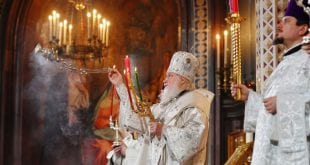 Reflections on the need for Spiritual Awakening at Easter

Herland Report: Spiritual Awakening at Easter: In the increasingly anti-religious West, many search for … 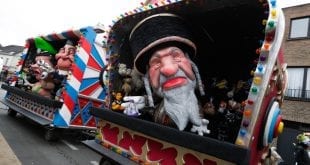 Herland Report: Why do Marxists and Socialists dislike Jews? As the pre-war caricatures of …