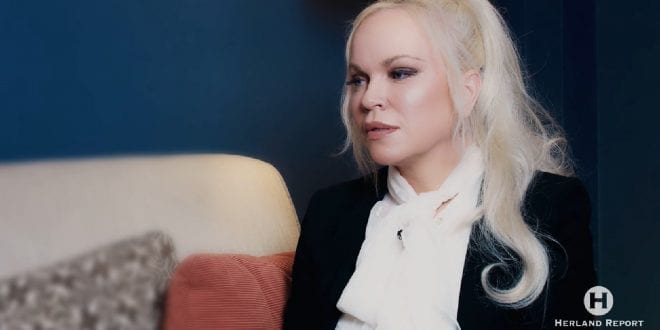 Herland Report: In the anti-religious West, many search for the meaning of life but fail to reach the inner awakening and peace the generations before us spoke of. We live in a culture where depression, loneliness, drugs and hedonism dominate. There is little or no reverence for the values that once made the West a strong civilization.

The spiritual knowledge that once was embedded in the culture is no longer there, as many search for the meaning of life only in material gain, money and wealth.

According to the de-Christianized atheist ideology that now permeate the Western elite structures, man is a physical body alone, there is no regard for his soul or spirit.

So, let us for the sake of the argument take a look at the deep-rooted essence of traditional religion, the very core of what the current political elites seem to hate so much and do all they can to prevent the younger generations to learn from, writes historian Hanne Herland in her weekly column at America’s leading Conservative outlet, World Net Daily.

ALSO READ: Love meets needs, we are to serve one another. Reverend KirbyJon Caldwell to Herland Report.

As we recently celebrated Christmas, precisely this is the message: God’s love for human kind and his attempts to help us. The deep-rooted essence of religion rests on the fact that man is created by and profoundly dependent on God’s benevolence to exist.

It is God, outside time and space and outside of man’s narrow scope of understanding the universe, Who created man and regards him/her as his son or daughter.

The message is that man is to consider this carefully and choose the right path, examine the way he lives to ensure that he may have a fruitful life on earth, as well as in the afterlife.

The idea is that God knows man far better than man knows himself. God has the broader perspective of history. His advice offers to guide man through the complicated landscapes of life, giving man the knowledge of the best possible way to withstand trials, tribulations and suffering.

If man is wise, he listens to the Creator, whose message is presented to him through his conscience and his inner life, spiritual priests and teachers (if they are truthful and not hypocrites), as well as the body of religious texts that have withstood the test of time.

Modern science, as an atheist project that attempts to deliver evidence that denies God’s existence, is a discipline that is only around 200 years old.

Man should be more humble than that, willing to learn, stretching his consciousness beyond the modern shortcomings and reach for God’s eternal wisdom. This is at the heart of Jewish as well as Christian philosophy.

French philosopher Jean-Jacques Rousseau famously stated that morality is to follow the voice of nature within us. This voice is often drowned out by passions or pride. The path to moral redemption is to regain communication with the intimate morality within oneself. Selfishness, therefore, becomes the enemy of love.

The world is, whether we like it or not, governed by remarkably specific principles. It doesn’t matter if you identify with atheism – which may be defined as the religion of those who believe in the abilities of mankind, that man is able to solve the problems in the world without help from any spiritual realm. These laws apply to everyone, whether they believe in God or not.

Buddhism speaks of the four truths, that all things are temporary and unsatisfying, that the rise of cravings is the proximate cause of the rise of suffering. The point is that the right way of living will help diminish the suffering of life.

The choice of doing what is right even if it leads to temporary pain will, in the long run, give even greater benefits. Love thy neighbor, Jesus advised. When the fellowship of human kind thrives, the individual also thrives. Love is the medicine that ends the suffering.

The poisons of the mind destroy a good life: envy, greed, sexual greed, gluttony, bias, hatred, arrogance and more. Christianity warns of the effects of the deadly sins, found in the book of Proverbs, chapter 6: haughty eyes that look down on others in a condescending way, thinking too highly of oneself – pride instead of humility; a lying tongue that makes it impossible for others to trust you; or hands that shed the blood of the innocent.

Billy Graham spoke of pride quite harshly in his famous speech at the Madison Square Garden in 1957, saying that “more people stay out of the Kingdom of God because of pride than any other sin. You are too proud, you don’t want to humble yourself, so you rebel.”

A state of deep spiritual poverty is the result. God’s watchful eye observes all this, and will confront the doer on the Day of Judgment. This is why we celebrate Easter, as God presented his solution to the problem of mankind.

THOUSANDS SUBSCRIBE TO OUR WEEKLY NEWSLETTER AND TV SHOWS. Follow the trend and be one of them, and SHARE the articles: Thanks so much for reading! More people, like you, are supporting and reading our investigative work, than ever before. All articles are free, no pay walls. The best way to make sure you see what we publish is to subscribe to the mailing list, which will get you a weekly email notification and alerts about our TV shows – FOR FREE! Our articles and TV shows are entirely fan-supported, so please consider sharing it around!
Share
Previous God Jul med muslimenes feiring av Jesus, sønn av Maria
Next How the Son of Betlehem, Jesus Christ, transformed the world