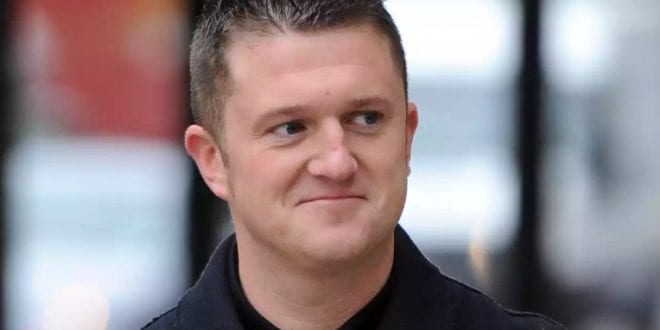 When the famous British Islam critic, Tommy Robinson, was arrested, jailed and sentenced to 13 months in prison within 5 hours after being apprehended outside a UK courtroom, there was wide spread reactions all over the world.

The court case was addressing one of the many Muslim rape groom gang cases in the UK, who have for years operated and violated young Brits, girls and boys, notoriously with the knowledge of the authorities, who did little to stop it. The Rotherham case, where 1400 children were involved in mass-pedophilia gangs, all by Muslim perpetrators is notoriously infamous.

The buzz being that the UK authorities did not wish to investigate the issue, out of fear of seeming to be “racist against Muslims.”

What enraged the public was the swift reaction of the police, as Tommy Robinson was protesting outside the court room, against the lenient way in which British authorities have handled these cases, reporting live from the street, as the court room itself was closed off from the media. It has taken the authorities years to prosecute and indite the perpetrators, yet in 5 hours Robinson was efficiently removed and his criticism against the pedophile men silenced.

The question being: Why the protection of Muslim pedophilia gang rape groups, while British citizens who are angered by the offense done against British children are arrested and removed from criticizing the perpetrators?

Tommy Robinson, whose real name is Stephen Christopher Yaxley-Lennon, is the founder of the English Defense League. The English Defence League are known for being opposed to the spread of “militant Islam” and speaks up against “the Islamisation of our countries”.Read below the Middle East Forum article on Mr. Robinson’s release on August 1st, 2018.

Also read: UK turning into a prison state where you go to jail for speaking out against pedophilia? Tommy Robinson – Herland Report.

MEF: The Middle East Forum applauds the release of Tommy Robinson from prison on August 1st, 2018, after the UK anti-Islamist activist won his appeal over a contempt of court sentence.

In June, Mr. Robinson, a long-time target of UK authorities, was covering a rape-gang trial involving Muslim defendants in England when he was arrested, tried, convicted, sentenced to 13 months prison, and jailed – all in the course of five hours, all while denied access to counsel.

The full resources of the Middle East Forum were activated to free Mr. Robinson. We:

What precisely happened: In an extraordinary decision, the Lord Chief Justice of England and Wales – the head of the judiciary in England and Wales, roughly equivalent to the American chief justice of the Supreme Court – himself wrote a judgment rejecting the kangaroo-court verdict that had Tommy Robinson instantly thrown in jail for over a year because of an obscure Contempt Act that a UK media guide says “in practice … is not enforced.”

Lord Chief Justice Burnett denounced what he called “a fundamentally flawed process” and in a further rebuff to the kangaroo-court judge, assigned Tommy Robinson’s case to someone else.

MEF president Daniel Pipes commented: “This validates the #FreeTommy campaign’s claim that Tommy Robinson, yet again, had been treated (in the words of his autobiography’s title) as an enemy of the state. We at the Middle East Forum are delighted by this turn of events and look forward to the charges against Tommy Robinson being considered in a sober, neutral, and un-rushed manner.”

Forum director Gregg Roman adds: “This is a win not just for Tommy Robinson, but for all those in the United Kingdom who publicly discuss Islam and related matters – including Islamism, jihad, and Islamic ‘charities.’ The UK authorities tried to shut down an important debate. They lost. The people won.” 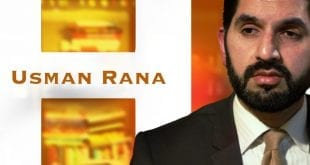