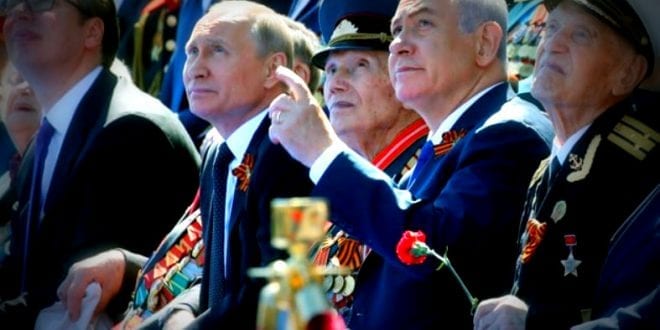 Herland Report: A number of intelligent analysts predict Iranian retaliation for Washington’s murder of a high Iranian official who was in Iraq on a diplomatic mission. I understand their logic. However, I wonder.

Putin doesn’t want war. Why should he when Washington’s arrogance is destroying the US and the empire.

Even Germany has had enough of Washington because of Washington’s interference in German energy policy and sanctions on companies involved with the construction of the Nord 2 gas pipeline.

In France Washington’s puppet, Macron, is showing independence by saying that Russia is part of Europe.

As Putin and China have failed to protect Iran from a US/Israeli attack by forming a defense alliance with Iran, I suspect that Putin will prevent Iran from directly retaliating. As Iran cannot afford to alienate Russia, any retaliation will come from proxies after they make a show of splitting from Iran, writes Dr. Paul Craig Roberts.

READ MORE: Soleimani killing is not that important, will not affect Iranian capabilities much.

ALSO READ: The Soleimani Effect: Escalation to world conflict due to Energy Trade?

Russia cannot afford for Iran to be in chaos and has no choice but to protect the country. Similarly, Iran is dependent on Russia’s support and cannot ignore Putin.

China has energy connections with Iran and would find chaos in Iran disruptive of China’s economy. This means that Iran is not vulnerable like Iraq, Libya, and Syria (prior to the Russian intervention) were.

Whether or not there is a formal defense alliance between Russia, Iran, and China, a US/Israeli attack on Iran will one way or the other bring Russia and China into the war.

Therefore, Russia and China should formalize the arrangement, because the formality of an alliance would silence the warmonger American neoconservatives who are advocating for war and also make it clear to Israel that the tiny country would cease to exist. All it would take is one Russian nuke.

As I recently wrote, I suspect that incompetent historians have convinced Putin that alliances are the cause of war, and perhaps they have been in some instances. But weakness, real or perceived, is also a cause of war. The failure of Russia and China to form a defense alliance against Washington/Israeli aggression could turn out to be the cause of the Third World War.

THOUSANDS SUBSCRIBE TO OUR WEEKLY NEWSLETTER AND TV SHOWS. Follow the trend and be one of them, and SHARE the articles: Thanks so much for reading! More people, like you, are supporting and reading our investigative work, than ever before. All articles are free, no pay walls. The best way to make sure you see what we publish is to subscribe to the mailing list, which will get you a weekly email notification and alerts about our TV shows – FOR FREE! Our articles and TV shows are entirely fan-supported, so please consider sharing it around!
Share
Previous Soleimani was Khamenei’s hope to re-engineering Iran Islamist hierarchy
Next Interview with Dr. Ron Paul: We need to respect international law