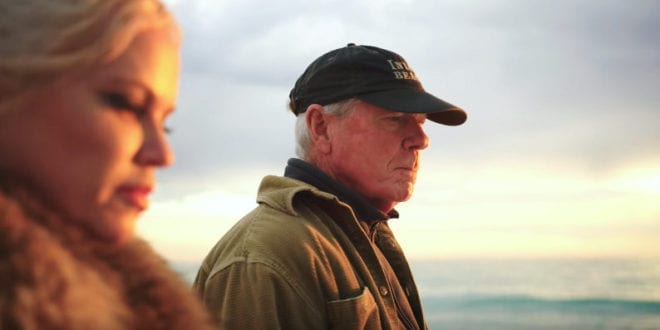 “This was absolutely the worst thing. As long as the Soviet Union was there, there was a limit to Washington and its ability to bully and dominate”, states Dr. Paul Craig Roberts, one of America’s most respected political economists and former editor of the Wall Street Journal.

“The neo-conservative ideology says that America is an indispensable country. It is the exceptional country. Now what does it mean when you say that? If the United States is indispensable then it means everyone else are dispensable.”

“This is why we have so much pressure in the United States from Israel to continue the war on Assad and to start a war with Iran. Because if Iran and Assad are not supplying Hezbollah, then there is nothing to stop Israel from expanding in southern Lebanon.”

Dr. Roberts is widely known as one of the West’s most important intellectuals. He is a regular contributor to The Herland Report TV. The programs with Dr. Roberts may be viewed here: Program 1:
Neo-Con Totalitarianism, program 2: Totalitarianism in the West, program 3: The Washington Tyranny, program 4: The Hatred of the White, Hetero Male.

Hanne Nabintu Herland, founder of The Scandinavian Herland Report: It is such an honour to be with you, Sir, Dr Paul Craig Roberts.

You are the chairman of the Institute for Political Economy in the US, a former Wall Street editor and an author of many books. In Europe we love you, because you have a perspective that many do not have as you speak in broad manners about the important issues of foreign policy and the state of the American culture today.

This was absolutely the worst thing. Not only for the United States, but for the entire world, because it removed the only constraint on American unilateralism. As long as the Soviet Union was there, there was a limit to Washington and its ability to bully and dominate.

Yet, most of the world was immune to this kind of bullying because the Soviet Union was there as an alternative. It could check American unilateralism. Both sides pretty much knew where the line was.

When the Soviet Union collapsed, the constraint on American unilateralism disappeared. It was down to nothing to constrain Washingtons power and its hegemony.

This happened right at the time when a new ideology in the United States was rising up: The ideology of the neo-conservatives.

Paul Craig Roberts exclusive interview: The neo-con lead us towards Total War: Herland Report Now, the neo-conservatives’ ideology is that America is a indispensable country. It is the exceptional country.

Now what does it mean when you say that? If the United States is indispensable then it means everyone else are dispensable.

If the United States is exceptional, then everyone else are unexceptional. It’s a claim to hegemony over mankind.

It’s like stating that we, the Americans, are God’s chosen people, not the Jews. This is the neo-conservative ideology and it has dominated American foreign policy since Bill Clinton’s regime.

These people came into the government first during the Reagan years. I know them and they caused a mess. Reagan fired them and prosecuted them.

When George Herbert Walker Bush (the first Bush) succeeded President Reagan, he pardoned them. They didn’t have much influence in his government, but at the beginning of Bill Clinton’s regime their influence increased.

This is where the attacks on Serbia came from, with the sanctions of Iraq that killed 500 000 Iraqi children, that Clinton’s Secretary of State, Madeleine Albright, stated that it was worth it.

Can you imagine saying that after killing 500 000 children?

It shows how hard the ideology is. It’s a merciless ideology! Nothing counts but Washington’s hegemony.

The Secretary of Defence, the State Department, the Pentagon was full of them. They completely dominated the National Security Council. This is where 9/11 came from. This is where the war on Afghanistan and Iraq came from.

Hanne Herland: – And we all remember so well the American four-star general Wesley Clark, who stated, and wrote a book about it later as well, and also spoke in a number of TV-interviews on a later note how he was shocked post 9/11 when he found out that there were plans in the Pentagon of destroying nation after nation.

He speaks about how he felt that there was a neo-conservative foreign policy coup in the United States at the time.

Paul Craig Roberts: – I think Wesley Clark was shocked but it showed that he was unaware of the neo-conservative ideology because they had all been in the government for some time while he was commander of American forces in Europe.

He was a NATO-commander, as I remember. He was unaware of this ideology even though Paul Wolfowitz, former Pentagon official, said it out.

He stated that the principle goal of American foreign policy is to prevent the rise of any other power, especially Russia, that could serve as a constraint on American unilateralism. You can find this online, he actually said this. It’s an official Pentagon document that he wrote stating this.

Now, others in the government thought that this was a bit too obvious so the toned it down a little bit, but they didn’t change the meaning.

So this is what I meant when I said that the worst thing that happened was the collapse of the Soviet Union. It removed the constraint, it lead the neo-conservatives to make these kind of claims and it has ever since dominated our foreign policy.

Paul Craig Roberts exclusive interview: The neo-con lead us towards Total War: Herland Report: Of course, the neo-conservatives are a very close ally with Israel. In fact, most of them are Zionists. Some of them are duo-citizens and in my opinion, this is why the American unilateralism began in the Middle-East.

Because its been directed at the countries that supply Hezbollah, the militia in Lebanon, that twice defeated the Israeli army from occupying southern Lebanon.

Israel wants the water recourses in southern Lebanon and tried to take control over it twice and was twice fought back. So who supplies Hezbollah? Iraq, Syria and Iran.

This is why we have so much pressure in the United States from Israel to continue the war on Assad and to start a war with Iran. Because if Iran and Assad are not supplying Hezbollah, then there is nothing to stop Israel from expanding in southern Lebanon.

It is obvious if you just look at the media. So much of the attack on Iran is Israeli inspired and it’s the Israelis that wants to use the American forces to put Iran in the same chaos that Iraq is in, which they hoped Syria would be in if it hadn’t been for Russia intervening.

Paul Craig Roberts exclusive interview: The neo-con lead us towards Total War: Herland Report: So, this is another aspect because it shows an alliance between the ruling ideology in the United States.

The neo-conservative ideology and the identity politics-ideology. Both of these are destructive in their own ways. But when you get a dose with both of them, you’re really in trouble.

So that is a situation that is difficult for the president because the Israeli lobbyist are very powerful, there has been numerous books written about it, there have been numerous congressmen and senators who have said “we lost because we opposed something Israel wanted”.

In fact, if Israel wants something, it usually gets voted unanimously. It is very rare that even two members of the entire Congress will oppose something in Israel’s favour.

The security complex is probably the most powerful because it has the intelligence agencies who can control explanations, who can fabricate cases and events, who can claim things happened that didn’t because under the guise of national security, they don’t have to tell you or go in to detail. They just say it. “We can’t show you now because it will compromise national security”. They can get away with this.

So, when you have a country like that and it doesn’t have an independent media, then the question is; who is in control? Well, whoever controls the explanations. They are easy to control due to the reasons I just said. The media is organized in six hands and they are not run by journalists.