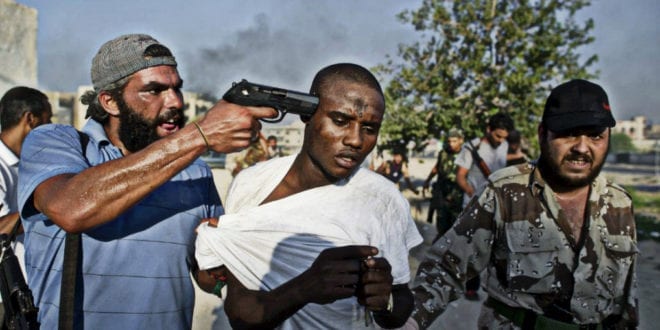 Crisis in Libya as Tawergha tribe is attacked by Misrata militia

Tawergha tribe is attacked: After 7 years of being homeless, the Tawergha tribe had negotiated with the tribes of Libya and the UN government in Tripoli, to be allowed to return to their rightful homes in Libya.

The negotiations were successful and even the military council of Misurata agreed that they should be allowed to return to their homes, writes LibyanWarTheTruth, excerpts presented here.

As was their agreement with all of Libya, approximately 43,000 Tawergha members began their journey home this morning in Libya. When they reached a point in the road past Misurata, the Misurata militias and some rogue smaller militia groups blocked the road to their homes and refused to let them pass.

These are exactly the kind of lawless, criminal acts that occur in Libya since the illegal destruction of that country in 2011.

However, Misurata wanted the Tawergha tribe, homeless with nothing, to pay them 3 billion dollars to be allowed to return to their home.

The Misurata militia also demanded that the UN pay them for allowing the Tawerghans to return to their own homes. This demand was not successful as the Tawerghans had no money and the UN did not agree.

As a side note: The Misurata militias stated that all the crimes committed against them by the Tawergha tribe was the reason for the payment demand – again criminals accusing their victims of their crimes.

Still the agreement for the Tawergha people to return home stood and the time for them to return was set for February 1st, 2018.

Now you have a crisis because 43,000 people are trapped on the road and nearby areas.

There is no support for them to stay by the road and they have nothing to return to so they are now in a trap.

These are war crimes, crimes against humanity and cannot be ignored.

When the false flag revolution was started by Obama and Clinton in 2011, some of the Tawergha who were in the Libyan military, fought against the illegal invasion of Qatar and the West supported, Islamist mercenaries and radicals.

Many of them were killed and any black person captured was slaughtered, burned and chopped up. Many of their women were raped and murdered and many of their children killed.

The Tawergha tribe of Libya is a black tribe, they are first class Libyan citizens, carrying first class passports. They were the most productive tribe agriculturally in Libya, they had dairies, farms and animals.

They posed no threat to anyone in Libya and were respected as strong and honest members of Libyan society. Their homeland is east of Misurata on the road towards Sirte.

The radical mercenaries who were brought into Libya (funded and armed) by Clinton and Obama openly stated that they intended to do an ethnic cleansing of Libya of all blacks.

There were articles written about these statements in the main stream media. Because of this, the misinformation machine put out that Ghadafi had hired African mercenaries. Nothing could be farther from the truth.

The 250,000 Islamist mercinaries that were brought into Libya committed heinous crimes against humanity. The Libyan army was attempting to protect the Libyan people from this siege.

I know this is true because I was there, I witnessed the crimes and personally interviewed the families of the people who had been slaughtered or tortured and raped. I have photo, and video proof of the ethnic cleansing of the Tawergha tribe.

There were 128 mass graves in Libya after 2011 many of them filled with black bodies.

What happened to the black Libyans during 2011 is a story that must be told and all people of the world must stand and fight this horrible racist crime now happening in Libya. 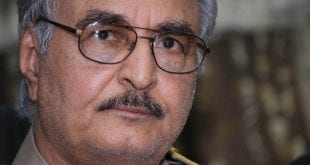