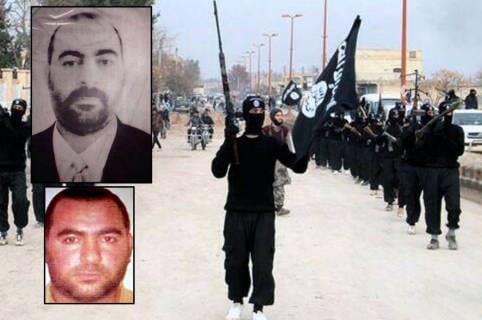 The Syrian war influx has created massive socioeconomic problems for the Hashemite Kingdom of Jordan, including increased poverty, unemployment, budget deficits, and pressure on health and education infrastructures.

National identity is one of the most sensitive and complex issues in Jordan. Since its creation in 1921 until recently, Jordan adopted a pan-Arab orientation at both state and society levels,[20] but the Syrian crisis saw a surge of distinct Jordanian nationalist sentiments. Read part 1 here.

Jordanians expressed dissatisfaction with the Syrian migration wave, which adversely affected their lives on many levels and which underscored the weakness of national, religious and social links between them and their Syrian “brothers,” writes Mohammed B. Salameh and Ayman Hayajneh, first published at The Middle East Forum. 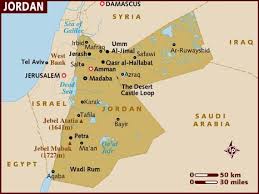 The crisis thus heralded the end of Jordan’s pan-Arab orientation. Having hosted revolutionaries from Syria and Palestine in the 1920s and 1930s, the kingdom retreated to its narrow tribal and local affiliations. Despair has spread among Jordanians as they stopped believing in the idea of “Arab nationalism.”[21]

The rapid influx of Syrian refugees has also increased Jordanians’ fear of becoming a minority in their own country. From 1948 to date, including the recent Syrian arrivals, the number of immigrants has exceeded that of indigenous people. According to U.S. ambassador to Amman Alice Wells, as a result of successive waves of immigration, the indigenous proportion of the total population is as low as 27 percent.

A number of Syrian refugees in Jordan have no desire to return home.

Settling these refugees in Jordan will intensify as a result of international pressures, but such settlement will exacerbate the crisis of Jordanian national identity, which has maintained its Transjordanian distinctiveness despite the regime’s efforts to develop a hybrid identity encompassing both the indigenous tribes and the Palestinian population that has settled in the kingdom after the 1948 and 1967 wars.

Preserving Jordanian national identity will require reconsidering the policy of open borders. But the inability of the state to control its borders marginalizes the role of civil society in the face of successive refugee waves.[23]

Increased Levels of Extremism and Terrorism

Jordan experienced extremism and terrorism before the Syrian revolution, notably the Amman hotel bombings in 2005.

The Jordanian state sought to combat the threat by targeting youth at risk for multiple reasons such as poverty, unemployment, the failure of development projects, the absence of social justice, and the spread of corruption.[24]

During the Syrian revolution, terrorist organizations managed to spread extremist ideology. The Islamic State (ISIS), through its media apparatus, mobilized hundreds of Jordanians to its ranks.

The number of Jordanians in a variety of extremist groups in both Iraq and Syria is estimated at three thousand,[25] and the security forces are pursuing dozens of people accused of joining or sympathizing with such organizations.

It was long believed that the majority of these recruits were uneducated, marginalized, and poor, mainly from hardline and non-Jordanian families.

But the intensification of the Syrian civil war has radicalized young people from different backgrounds—from the middle class or the bourgeoisie; from groups that historically have been bastions of regime support, and from different regions of the country.

Through the spread of jihadism in mosques, schools, and universities, extremist groups have become attractive to different groups and classes of society. Some have embraced jihadist ideology and have been trained and used in combat in Syria and Iraq.[26]

Corruption is one of the foremost challenges facing Jordan, with a highly negative impact on reform policies, development, and stability. Combating corruption is a top priority for King Abdullah II, but the regime has had little success to date.[27]

The Syrian crisis has led to an unprecedented spike in the scope of corruption, penetrating all aspects of political, economic, and administrative life.[28]

Perhaps one of the most prominent effects is the weakened prestige of the state as a result of individual corruption, especially by civil servants and among those in high official circles, what is known as “grand corruption.”[29]

Corruption has also been made more prevalent by the blatant state’s favoritism of a small and cohesive ruling elite and its failure to carry out the necessary socioeconomic reforms to widen the national distribution of resources.[30]

The government’s ability to provide the basic requirements of life for citizens, such as food, water, housing, health care, education, and legal services, has declined, while poverty, unemployment, marginalization, injustice, corruption, lack of oversight and accountability, have become widespread.

Access to public services has become the main concern for citizens, but the ruling elite believes that relative privation prevents citizens from raising the level of demands.

This sterile thinking has made the situation a ticking time bomb, with spreading poverty, unemployment, economic crises, low wages, and high prices creating an environment conducive to corruption.

Finally, with the decline of the democratization process, the political will to combat corruption has weakened, and the ability of government officials to act with little accountability has increased.

Corruption is practiced by the influential in broad daylight, and efforts to combat it have evaporated. This is confirmed by the reports on world corruption indicators.[31]

Whatever the economic and social costs of the Syrian refugee crisis, they are secondary to its adverse political effects on the Jordanian state and society: The kingdom’s hesitant drive toward reform and democracy has been curtailed and its national identity has been eroded.

Fighting violence and extremism has become an all-consuming preoccupation with corruption skyrocketing to unprecedented heights.

These are exorbitant and far-reaching consequences, which will reverberate throughout Jordan way beyond the end of the Syrian civil war and which cannot be reckoned with quickly or impulsively.

No less importantly, the refugee crisis has exposed the fundamental flaws and distortions of Jordanian society and the political system, notably the fragility of the democratic experiment, weakness of national identity, and lack of trust in the state and its institutions due to their longstanding marginalization of large segments of society and their exclusion from the national decision-making process.[32]

Nor does Jordan, for all its historical experience with refugees and asylum seekers, have an effective national strategy to deal with the Syrian refugee problem. Most of the policies have been reactive, leading to decreasing public confidence in the state and prompting widespread demand for ending the country’s open door policy.

What is needed, therefore, is a new comprehensive approach that

This may well be a tall order for the Jordanian polity. But failure to make a sharp break from past practices is an assured recipe for disaster.

[23] Salameh and Edwan, “The identity crisis in Jordan.”