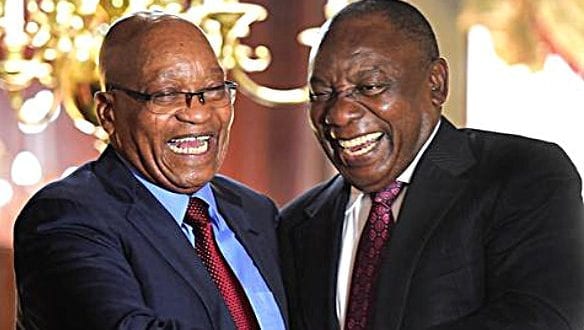 FOX’ Tucker Carlson recently addressed one of the minority-issues that are not exactly popular to speak about: Racism against whites in South Africa.

In accordance with the narrative infused into Western thinking since the 1960’s and reinforced with the identity movement, the only racism that is worth fighting is “whites against blacks”. To criticize a “black” man for racism, simply isn’t politically correct.

Therefore, it becomes very hard to talk about South Africa’s President Cyril Ramaphosa’s announcement that the ANC will amend the constitution to permit the seizure of white farmers’ lands without compensation and redistributed to blacks.

Ramaphosa wants to make it legal to steal the private property of farmers who have owned the land for centuries. It may be argued that this implies an authorization of violence and killing based on a generalization of an entire ethnic group and their skin color. In other words, pure Fascism.

The ANC implementation of a new Apartheid

Aside from the obvious injustice this is to white farmers, many worry for the long term effects this will have on South African economy. “Some investors are concerned that the ANC’s reforms will result in white farmers being stripped of land to the detriment of the economy,” reports Reuters.

If you remove those who know how to farm, and give the land to those who do not have the know-how on how to operate large agricultural farming, what will happen? The Democratic Republic of Congo was among the nations that did the same in 1960. A few years later, massive lands formerly farmed lay idle, as those who took over did not have the know-how.

South Africa’s jobless rate rose in the three months through March and is now at a 14-year high. The unemployment rate increased to 27.7 percent in the first quarter of 2017 from 26.5 percent in the previous three months, Statistics South Africa said in a report released on Thursday in the capital, Pretoria. That’s the highest since 2003, according to data from the International Monetary Fund.

Helen Raleigh, a senior contributor to The Federalist notes:

The ANC has been in power for a quarter of a century. South Africa’s economic woes today are largely the result of ANC’s failed economic policies.

The ANC, which was supported with billions by the West to end apartheid, are reimplementing the very same apartheid – yet it is barely mentioned in the media. Black political leaders, such as leader of South Africa’s third largest party, the Marxist Economic Freedom Fighters (EFF) party in South Africa Julius Malema, speaks about “the need to openly call for the killing of white people” and “go after the white men, we are cutting the throat of whiteness”. Yet, nobody reacts. When Hitler and Mussolini did it, it was wrong. When African leaders do it, it is ok?

It may be argued that Marxist ideology spills into this: The white South African farmers represent “the bourgeoisie”, those who own land, those who have cultivated it for centuries, have the agricultural know how and employ thousands of workers. They are the enemy of state that need to be removed and the land redistributed.

The horrifying example of The Congo

And we have seen it done before in Africa. The complete deterioration of The Democratic Republic of Congo in the 1960’s, followed much of the same strategy as South Africa’s ANC today.

Land was grabbed from Belgian farmers, specifically targeting “the whites”, supporting assaults that led to hundreds of white bodies piled up at the city center of towns like Kisangani, allowing killing sprees until most of the white farmers and businessmen left, and the economy of Congo went straight to hell.

From this period, many remember the Stanleyville Hostage Crisis in 1964. The nationalization process in the early 1970’s equally produced horrible results. I know, because I am born and raised in Congo, and lived through the rampant deterioration of the country from the 1970’s and through the 1990’s.

Yet, those who land grabbed the farms, did not have the know on how to run these facilities. That was the problem. Congo exported rice and a variety of merchandise before independence in 1960, a few years later – into the 1970’s – Congo imported rice, textiles, and even the most basic of necessities. Before independence, primary education was provided for all in Congo, uniforms, school books etc.

There were functioning roads, airports, hospitals built, universities by the Belgians. This, of course, is not mentioned in most books today, rather we are notoriously and chronically presented to only one side of the Congolese reality, namely the atrocities by the Belgians.

It is true that there were atrocities done by the Belgians. Yet, the rampant corruption, land grabbing and amassing of personal wealth among the current African elite does not exactly help.

The critique of African corruption and leadership

When African leaders become billionaires after a few years as presidents, says it all. Yet many are steadily asking for the Western aid industry to “help out”. Where is the accountability and desire to build the nation?

The brilliant Nigerian author, Kingsley Chiedu Mughalu addresses these issues in Emerging Africa. How the Global Economy’s Last Frontier can Prosper and Matter, addressing the need to stop the aid culture of dependency that does not inspire organic and sustainable economic growth.

Remarkably little critique is put forward towards black African leaders – again – a consequence of the 1960’s neo-Marxist thought: If you criticize a black man, you are automatically “a racist”. Thus, if anything goes wrong in an African country, it has to be the white man’s fault.
The complaint that several Western companies exploit Africa is completely true, but is it not African leaders that allow them to do so? Is not the corruption money given to Africans? It is the African population who are suffering from it.

Now, much the same process is happening in South Africa, horrifying atrocities are being committed and apartheid is being reinforced. And the Western elites say almost nothing. 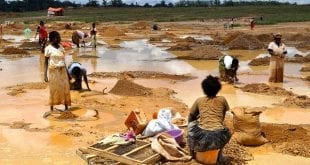 Why did the West support the Marxist ANC takeover in South Africa?