Stephen Cohen and I emphasize that the state of tension today between the United States and Russia is more dangerous than during the Cold War between the US and the Soviet Union.

For calling needed attention to the risk of nuclear war heightened by the current state of tension, both Cohen and I have been called “Russian dupes/agents” by PropOrNot, a website suspected of being funded by an element of the US military/security complex.

Cohen and I emphasize that during the Cold War both sides were working to reduce tensions and to build trust. President John F. Kennedy worked with Khruschev to defuse the dangerous Cuban Missile Crisis.

President Richard Nixon made arms control agreements with the Soviet leaders, as did President Jimmy Carter. President Ronald Reagan and Gorbachev worked together to end the Cold War.

President George H.W. Bush’s administration gave assurances to Gorbachev that if the Soviets agreed to the renunifcation of Germany, the US would not move NATO one inch to the East, writes Dr. Paul Craig Roberts, a regular contributor to The Herland Report.

These accomplishments were all destroyed by the Clinton, George W. Bush, and Obama neoconized regimes. President Donald Trump’s intention to normalize US/Russian relations has been blocked by the US military/security complex, presstitute media, and Democratic Party.

The Russiagate hoax and currently the illegitimate impeachment process have succeeded in preventing any reduction in the dangerous state of tensions between the two nuclear powers.

Those of us who lived and fought the Cold War are acutely aware of the numerous occasions when false warnings of incoming ICBMs and other moments of high tension could have resulted in nuclear Armageddon.

READ MORE: The worst thing that happened to the US was the fall of the Soviet Union.

Former CIA official Ray McGovern reminds us that on October 27, 1962, during the height of the Cuban Missile Crisis, a single Soviet Navy submarine captain, Vasili Alexandrovich Arkhipov, prevented the outbreak of nuclear war. Arkhipov was one of two captains on Soviet submarine B-59.

After hours of B-59 being battered by depth charges from US warships, the other captain, Valentin Grigorievich Savitsky readied a 10-kiloton nuclear weapon capable of wiping out the entire USS Randolph carrier task force, to be readied for launch. It didn’t happen only because Arkhipov was present and countermanded the order and brought the Soviet submarine to the surface. Ray McGovern tells the story here, and you can read it in Daniel Ellsberg’s book, The Doomsday Machine.

The really scary part of the story is that US intelligence was so incompetent that Washington had no idea that Soviet nuclear weapons were in the combat area on a submarine undergoing debt-charging by the US Navy. The brass thought they could teach the Soviets a lesson by sinking a submarine and came close to getting the United States destroyed.

Another Soviet hero who prevented nuclear war was Stanislav Yevgrafovich Petrov who disobeyed Soviet military protocol and did not pass on reports of incoming US ICBMs. He did not believe that there was a military/political basis for such an attack and concluded it was a malfunction of the Soviet satellite warning system, which it was.

Many times both Americans and Soviets overrode warnings on the basis of judgment. My colleague, Zbigniew Brezezinski told me the story of being awakened at 2AM with reports of incoming Soviet ICBMs. It turned out that a simulation of an attack had in some way gotten into the warning system and was reported as real. It was a very close call. Someone doubted it enough to detect the error before Brezezinski woke the president. 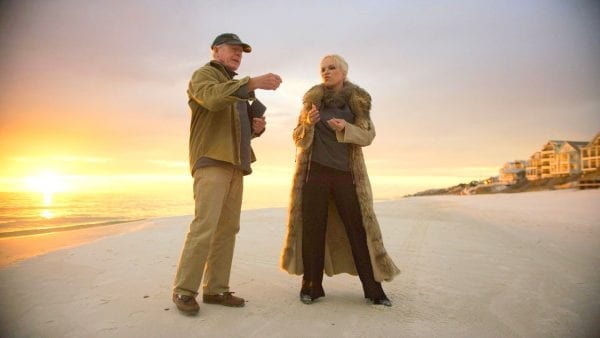 Today with tensions so high and neither side trusting the other, the probability of human judgment prevailing over official warning systems is much lower.

Over the years I have tried to correct the widespread misunderstanding and misrepresentation of President Reagan’s military buildup/starwars hype and hostility toward Marxist, or perhaps merely leftwing reform movements, in Granada and Nicaragua. With his economic program in place and stagflation on the way out, Reagan’s plan was to bring the Soviets to the bargaining table by threatening their broke economy with the expense of an arms race.

READ MORE: Those who challenge the ruling Liberal ideology are called Fascists.

The plan also depended on preventing any Marxist advances in Central America or offshore islands. The Soviets had to see that there were no prospects for communist expansion and that they needed to get down to peace in order to free resources for their broken economy.

Reading Ben Macintyre’s The Spy and The Traitor, the story of KBG colonel Oleg Gordievsky, an asset of Britain’s MI6, made me aware for the first time how dangerous Reagan’s plan was. American intelligence was so far off-track that Washington did not realize that a plan designed to scare the Soviets into peace was instead convincing them that the US was readying an all-out nuclear attack.

At the time the Soviet leader was the former KGB chief, Yuri Andropov. The ABLE ARCHER NATO war game during the first part of November 1983 simulated an escalating conflict culminating in a nuclear attack on the Soviet Union. The Soviets did not see it as a war game and regarded it as American preparation for a real attack.

What prevented Soviet preemptive action was Gordievsky’s report to MI6 that the Americans were raising Soviet anxiety to the breaking point. This woke up Reagan and Margaret Thatcher to the threat they were creating with their bellicose words and deeds. The CIA later confessed: “Gordievsky’s information was an epiphany for President Reagan . . . only Gordievsky’s timely warning to Washington via MI6 kept things from going too far.”

In my seasoned opinion and in that of Stephen Cohen, with Hillary almost elected president branding the president of Russia as “the New Hitler,” with constant provocations and demonizations of Russia and her leaders, with the accumulation of nuclear-capable missiles on Russia’s borders, with an orchestrated Russiagate by US security agencies blocking President Trump from normalizing relations, things have already gone too far. The kinds of false alarms and miscalculations described above are more likely to have deadly consequences than ever before.

Indeed, this seems to be the intention. Why else are people such as Stephen Cohen and myself branded “Russian agents” for telling the truth and giving accurate heartfelt warnings about the danger of such high tensions when neither side trusts the other?

It is reckless and irresponsible to demonize people of integrity such as Stephen Cohen and myself as “Russian agents.” When telling the truth becomes the mark of being a disloyal American, what hope is there?

THOUSANDS SUBSCRIBE TO OUR WEEKLY NEWSLETTER AND TV SHOWS. Follow the trend and be one of them and SHARE the articles: Thanks for reading! The best way to get around the internet censors and make sure you see what we publish is to subscribe to the mailing list, which will get you a weekly email notification and alerts about our TV shows. Our articles and TV shows are entirely fan-supported, so please consider sharing it around!
Share
Previous TV SHOW How Feelings and Psychology is destroying our Culture
Next Private Armies and the Wagner Group? …all about the Oil, Steve Brown 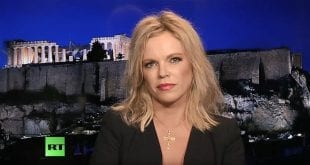 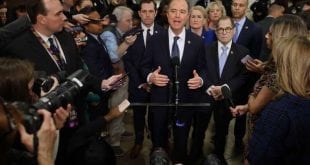 Share it!  Herland Report: John Whitehead writes about the ongoing War on the American People: What …