Breaking News
Home » Faith » Atheism is the New Religion, purely based on Faith in the unseen – Nabintu 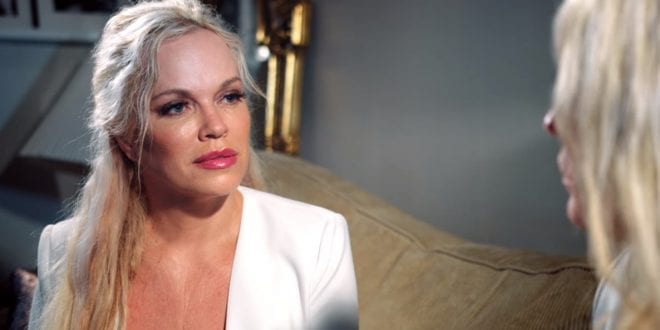 Atheism is the New Religion, purely based on Faith in the unseen – Nabintu

A remarkable disdain for traditional religion now engulfs the globalist elites in the West, causing all kinds of demonisation in the mainstream media against Christianity, traditional values, the nation state and the old values that once made the West such a great civilization.

It becomes quite ironic that atheism, the new elite fashion, can easily be defined as a new religion, purely based on faith in the unseen and the not yet empirically tested, writes historian, bestselling author and founder of The Herland Report, Hanne Herland in her World Net Daily column.

ALSO READ: Plurality of opinions is Enemy in the Progressive West.

As traditional belief in religion is viewed with increasing skepticism among the elites, the media, and academia in the West, the argument can be made that an atheist is just as religious as any Christian.  Theologian Paul Tillich defined religion as “that which is man’s true concern.”

Whatever is most important to the human being becomes his religion, his passion, – his everything, as faith addresses the need to find meaning in existence, and models that logically may explain the meaning of life.

The German philosopher Martin Heidegger, one of the most influential thinkers of the twentieth-century, once said in a German TV interview: “I would say that men, for example, Communists, have a religion when they believe in modern science. They believe absolutely in modern science. And this is absolutely faith, that is, the trust in the certainty of the results of science, is a faith, and is, in a certain sense, something that emanates from people, and is therefore a religion. And I would say no one is without religion, and every person transcends himself, in a way, that is they are dispatched.”

ALSO READ: TV show: The world is not only political, it is a spiritual place.

According to the definition of religion, whatever is essential in someone’s life, whatever he desperately believes in and advocates for and clings onto in times of trouble, may be labeled his religion. Whatever your heart confides in is your God.

In the old classic, Thought and Belief, sociologist Rudolph Arendt adds a twist by defining religion as man’s ultimate goal. Man’s religion is his all-absorbing attitude towards existence, the foundation upon which he rests his life.

Arendt emphasizes that according to such a broad definition of religion, there is no such thing as a non-religious man or a nonbeliever. We all strongly believe in something. That which you find to be the very most important thing in your life is your religion. Your encompassing, all absorbing beliefs and ideals, that which is at the core of your being, at the heart of your desires, the goal of your life.

It may be asserted that religion plays a major role in every human’s life, whether they are aware of it or not. Faith is a fundamental part of being human, an inevitable influence on every living soul.

READ MORE: Atheism is the New Religion, purely based on Faith in the unseen – Hanne Herland.

Even the nihilist is religious in this sense as he believes as hard as he possibly can that there is nothing beyond death, although he has not gone beyond death to actually find out. It takes a remarkable amount of faith to be an atheist, as he describes the afterlife as empty space although he has not in any possible way been there to examine it. He is as religious as anybody else and believes without any shred of evidence, that life after death is non-existent.

By this definition, almost any strong belief can be called a religion: materialism is the religion of people who put the acquiring of wealth above all else desirable. Hedonism clearly may be defined as a religion – the search for bodily pleasure without moral constraints as the goal of life.

Atheism is the all absorbing faith in that there is no God or spiritual beings, none above us to whom he will be held accountable. This forms his passionate ideology, strong conviction and world-view.

Both Marxism, fascism, socialism and other “-isms” contain strong, religious elements as the ideologies attempt to explain man’s existence with remarkable zeal, focusing on the belief that man – not God – is to be the Saviour of the world.

In The Law of Peoples, philosopher John Rawls identifies Nazism as “the National Socialist religion” that perversely offered a type of salvation and liberation for its members. In secular society we may indeed be much more religious than many seem to think.

Share it!  Herland Report:  Why does the Liberal West so often refuse to criticize Islamic persecution …