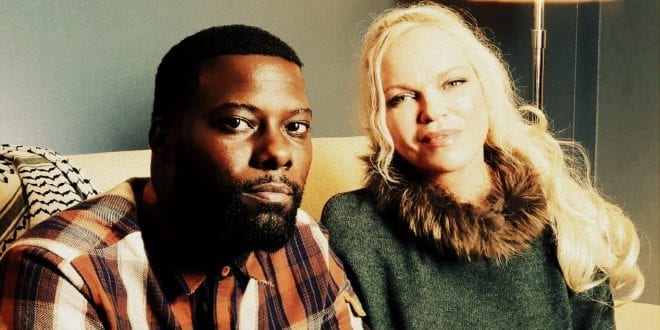 Fronts are hard, pro- or con organizations such as the Black Lives Matter, especially in the hard-line racial divisiveness that now characterize the United States.

But what is the root cause of communities organizing demonstrations and attempting to address issues that are important to them?

Keedran Franklin: We want to create a better system for all, class has no race, color or boundaries.

What often happens is that a genuine reaction to injustice is fed upon by political groups in such a way that community projects with genuine substance – such as Black Lives Matter – become politicized. And thereby demonized.

Some seek to discredit a movement’s genuine concerns and sway opinion against it.

The same happened to #MeToo. Initially, an African American woman, Tarana Burk, protested against sexual harassments, yet the movement gradually became a politicized agenda, funded by millions, where politicians used allegations and rumors to get rid of political opponents.

Black Lives Matter address a variety of issues, from police brutality to the prison industry and racism against blacks in America. Racism against whites is another matter, white slavery and so on, which we also address at The Herland Report.

In conversation with Keedran Franklin, many who are outside of the day to day work of the Black Lives Matter, may get some insight into how it is to live in a society where racism and classism is a reckoned with force on a level that Europeans often do not comprehend.

“Police brutality is becoming the norm in America, it is militarized now,” says  Keedran Franklin, a community organizer, Black Lives Matter leader, co-founder of the Memphis Coalition of Concerned Citizens, motivational speaker and a strong advocate against police brutality.

In Northern Europe, the wave of immigration from third-world countries commenced around 1970 as workers were needed to cover unskilled labour jobs. In the 1990’s, a wave of asylum seekers and refugees made their entry by the millions to Europe.

Countries such as Great Britain have had an immigration influx from old colonies and have been more apt to handle cross cultural immigration in a healthier way.

The normalization of police brutality is a very dangerous development.

The situation in the United States is drastically different, as the slave trade in the 1700s onward has produced a dramatically different type of assimilation and corresponding problems. Europeans do well in listening to the perspectives of Keedran Franklin.

Keedran Franklin: “The Black Lives Matter movement is an overarching movement of having equity and better educational opportunities. We started, along with the Black Lives Matter fight against injustice, the Memphis Coalition of Concerned Citizens, which tries to create a safer place for everyone, not only so-called Black People, because class has no race, color or boundaries.”

“We work in Memphis, Tennessee, which is one of the most poverty stricken places, where you find neighborhoods with the second highest poverty rate in America. Think about it. We have one of the poorest cities in the US. 67 % so-called Black African Americans, so we are still struggling, at the bottom, for more justice. We need opportunities, we need jobs.” “Much of this comes from the beginning of the American English, the language itself. You have the so-called “White Man” who created statuses and classes to put people in groups. This continues to show up in 2019. But the group that you are put into, does not necessarily represent you. People should be judged as individuals, based on their work skills, character and virtues rather than the color of skin.”

The group that you are put into, does not necessarily represent you. People should be judged as individuals, based on character.

“One of the elements we are now fighting for is a livable wage. You have the top capitalists making so much, but others, who work hard and break their backs and produce the products, are at the very bottom, barely getting by.”

“You have people working for 7.25 USD an hour, barely getting by, working two or three jobs. Think about that! This leaves their children fending for themselves, doing other things in trying to create ways of making money. It is not a great system.”

“We are just pushing at the powers that beat us, saying pay attention to us! Listen to our grievances, see how we live! In 2016, we had one of the biggest actions that the South has ever seen where we shut down the Hernando De Soto bridge demanding prosperity, demanding to be treated equally.”

ALSO READ: When a group becomes disenfranchised long enough, they will rise up and defend themselves. DeVon Johnson.

“From there on, we created the Coalition of Concerned Citizens, which consists of about 50 organizations, unions, some business people. We created cooperatives teaching people how to pool their money together, save their land, cultivating urban gardens, teach people how to farm and grow their own food. We work to organize the grass root, the bottom of society, how to grow foods, be self sustained, and grow.”

“From there, we have approached the City and State officials. You hear it all over the country where people are being suppressed and oppressed due to poverty and low wages. We address it the best way we can, lawful ways, but we are still shunned, pushed away and unheard at times.”

You hear it all over the country where people are being suppressed and oppressed due to poverty and low wages.

“They killed Martin Luther King in 1968, 50 years later they are still doing the same thing. Think about that. It is a big deal to continue the fight. We want to exercise our right to freedom of speech, but are treated like criminals.”

“I have been called a terrorist because I support my Palestinian brothers and sisters. How do we navigate in this crooked world?”

“When Mike Brown was killed, we got some help from our international brothers and sisters, that helped us deal with tear gas and some of the chemical agents that the police was using. So, that was where we started to cultivate that love for our international family. We try to find our way to live through all these complexities.”

“The militarization of the American police is very visible, as the police shows up with old military vehicles, 15 officers in a car with machine guns, the back rolls open like in the military and so on. We have seen it in our Black Lives Matter demonstrations. The US police officers are getting Israeli military training.”

“They rarely show them how to subdue someone, put them in cuffs and so on, but actually how to kill. People are now being shot in the back by the police with assault rifles, it is the normalization of police brutality and a very dangerous development.” Keedran Franklin: How do we navigate in this crooked world?

The Herland Report is founded by Hanne Nabintu Herland, a Scandinavian historian of comparative religions, bestselling author, commentator and TV producer, known from the media for sharp analysis and fearless speech. She was born and raised in Africa, has lived in South America, in the Middle East, and traveled extensively in Asia.

THOUSANDS SUBSCRIBE TO OUR WEEKLY NEWSLETTER AND TV SHOWS. Follow the trend and be one of them, and SHARE the articles: Thanks so much for reading! More people, like you, are supporting and reading our investigative work, than ever before. All articles are free, no pay walls. The best way to make sure you see what we publish is to subscribe to the mailing list, which will get you a weekly email notification and alerts about our TV shows – FOR FREE! Our articles and TV shows are entirely fan-supported, so please consider sharing it around!
Share
Previous Interview with Dr. Ron Paul: We need to respect international law
Next INTERVIEW John Whitehead: Militarization of Police Forces and Police Brutality 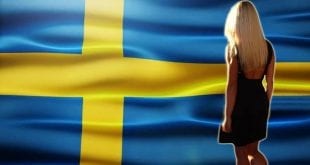