Herland Report: Financial Melt Down: Worst crash since 1990: The Corona virus and today’s oil price crash has caused more than six trillion US dollars to evaporate from the US stock exchanges alone.

The Mexican standoff between Russia and Saudi Arabia resulted in Russia pulling the plug on OPEC+ agreements, probably aiming at shutting down the US shale oil industry.

Yet, lower oil prices has long been pitched by Donald Trump to his voters as desirable, and will benefit the consumers most of all. Trump has been asking OPEC to bring oil prices down, Russia now taking its hit at US shale oil production.

The question remains whether Russia or Saudi Arabia anticipated a respons by the markets of this magnitude.

The melt down of financial markets, with oil prices on 1990 levels are pushed by speculation on whether the Corona virus will spin out of control even more than it already has.

This past week saw the worst numbers since the 2007 financial crisis, due to Corona virus US stocks alone losing 3.18 trillion US dollars, according to CNBC.

Approximately the same amount was lost in the US stock exchange on Monday March 9th, due to further plunging of the oil price into a massive crash this morning. The oil price plunged 30 % on Monday, world leading oil companies having lost half of their value in few days, writes historian, author and founder of The Herland Report, Hanne Nabintu Herland.

Financial Melt Down: Worst crash since 1990:  It is the biggest one day drop in oil price since the early 1990s. The Corona virus outbreak has already disrupted global economic activity, causing a massive drop in airline traffic and general travelling.

This caused OPEC to suggest to reduce the oil price, which Russia said no to on Friday. The already destabilized markets reacted at once, and the oil price crash happened on Monday, which sent the world wide markets plunging.

The Corona virus has massively reduced the demand for oil and economic activity the past weeks, with the big time media focus adding to the hype.

Russia said no on Friday to participate in the proposed OPEC cuts, stating that it would be wise to see how much worse the Corona virus hits before deciding to cut prices.

Saudi Arabia answered by increasing its production, in an attempt, says analysts, to punish Russia from leaving the united front of the OPEC+ alliance. This caused the 30 % drop in prices.

Saudi Arabia and Russia have worked to keep up the oil market since 2016, a collaboration that now has ended. There was consensus among OPEC members to cut production 4 % of global supply, but Russia objected and said that from April 1st, everyone can produce whatever they like.

The Herland Report is a Scandinavian news site, TV channel on YouTube and Podcasts reaching millions yearly. Founded by historian and author, Hanne Nabintu Herland, it is a great place to watch interviews and read the work of leading intellectuals, thought leaders, authors and activists from across the political spectrum.

Financial Melt Down: Worst crash since 1990:  It is suggested that Russia believes that cutting the output now would be handing a life line to the US shale industry, writes Financial Times.

With Russia attempting to break the backbone of US shale oil, taking a hit at the US oil industry, the its success remains to be seen. For sure, Saudi Arabia’s increased oil production has put another stone to the burden of US shale industry survival. 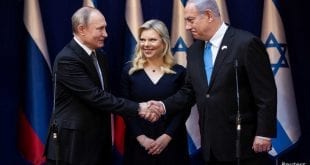 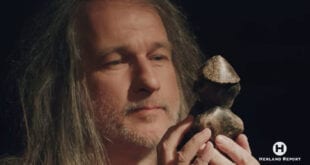