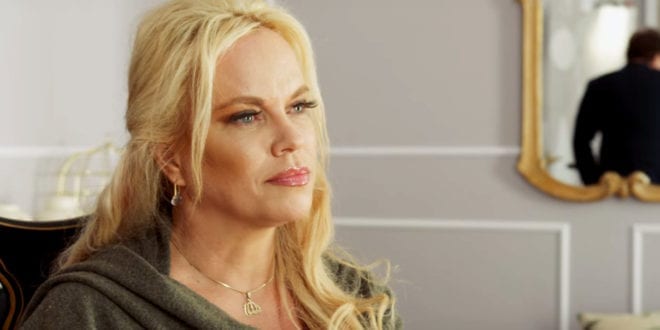 Hanne Herland with weekly commentaries on World Net Daily, with Ann Coulter, Erik Rush and others – The Herland Report

I now write weekly, exclusive commentaries for the USA based, World Net Daily. The focus will be on European matters and the current Western cultural crisis. Other commentators are Ann Coulter, Erik Rush, Joseph Farah. Read the article “The extreme-liberal West and Cultural Breakdown” in the link.

In recent decades, Western culture has undergone dramatic changes. Radical new elites have broken down historical values in order to create a new world order with new sets of ethics. They have pushed for strong globalized worldviews, and the current establishment now dominates the public through tight control over the media. We are profoundly challenged by an authoritarian liberal extremism.

Hanne Nabintu Herland is a bestselling historian of religions and author, founder and host of The Herland Report, known from the media for fearless speech and stern criticism of political correctness. She states that our democracies have been taken over by an extreme-liberal elite that no longer listens to the voice of the people. www.theherlandreport.com

“Just as the early form of capitalism won the battle as the ruling economic model, the extreme liberals won the social revolution in the West. They have brutally implemented their ideology, smothering opposition. The hope was to produce a utopian, internationalist society where religion no longer existed, the traditional family was dissolved, national borders disappeared, and everyone lived together in peace and harmony.

It can be argued that even though the pre-globalist society was not in any way perfect, today’s extreme-liberal society displays such a shocking lack of morality and solidarity that we wish for the past as the lesser evil.

Today, many grumble that the opposite happened. We did not enter a world of utopianism, but returned to feudalism, bound to the lords of debt, suffering under the breakdown of marriage while mental and psychological illnesses, drug abuse and family tragedies explode. Man is enslaved yet again in a cunning system of political repression.

Society crumbles under the weight of financial crisis; a perverted capitalism based on greed and abuse is hailed as the new norm in a culture of decadence, hedonism, war, racial clashes and social upheaval. This is happening while the ultra-rich Western elites carefully assemble the wealth into their own hands. Only a few individuals now own more than half of world assets, according to Oxfam. The same elites own much of the mainstream media and easily push the narrative and political agenda to benefit their own dreams of world dominion.

Many feel that our culture has been hijacked and poisoned by ideologies and collections of beliefs that have destabilized society and weakened the very fabric of who we are. The divide between the elite perspectives and the people are growing, as free speech is increasingly strangled in a culture of repressive political correctness. The West calls itself liberal, but is in effect permeated by remarkably illiberal values toward those whose opinions differ from the politically correct. Host of the liberal talk show “The Rubin Report,” Dave Rubin famously speaks about “the regressive left.”

There is a deep lack of respect buried in the rudeness practiced in today’s Western definition of “free speech.” Freedom of expression has become the right to mock, bully and belittle those you disagree with – and preferably remove them from the public sphere, turning even the concept of free speech into a totalitarian tool to silence opposition. It is quite clear that the modern definition of liberalism lies far from its original meaning. When John Locke defined the rights of men, he spoke of individual rights and corresponding duties and responsibilities carried out in society. His “liberalism” was not devoid of morality, like the permissiveness that now permeate our culture.

The same is true for capitalism, asserting the individual’s right to own the fruits of his labor. This economic model developed in coherence with the Protestant ethic, focusing on trust, reliability and hard work as a virtue. Capitalism functioned quite well as individuals participating in its free enterprise were largely trustworthy with the aim of helping society to prosper. To a large degree, the system self-regulated, the wrongdoer was punished, the liar stopped. Today, we have a capitalism that is characterized by an acceptance of greed and lack of responsibility. Political leaders remain in office regardless of the magnitude of the “Watergate scandals” – which is deeply problematic.

The new world order seems to unify Western elites across the political spectrum. The traditional European Right–Left or U.S. Republican-Democrat divide is increasingly outdated as liberals and conservatives have downloaded the same extreme-liberal narrative.

The left is not standing up for its originally constructive anti-war, solidarity with the poor, defending the working-class ideals. The right silently accepts an increasingly hedonistic way of life combined with a ruthless capitalism devoid of morality and neoconservative thought with no regard for the sovereignty of nations. It becomes clear that the current nihilist liberalism may set us on a clear course for a total cultural breakdown in the West.