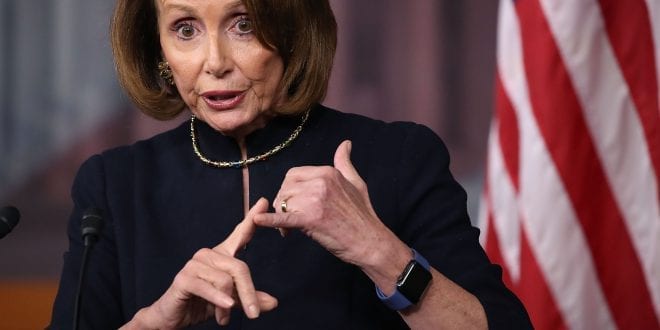 Herland Report: The radical and raging split between the views of American Liberal Jews and conservative Israelis surfaces in the Impeachment process. Many American Jews support the Liberal Democrats’ effort to remove Trump, while many Israelis are of the exact opposite view. The mess is now total.

In the Israel media, this divide is all too apparent and has been for years, as the Conservatives fight the Liberals – all of them Jews – in a manner not quite seen before.

What will become of the Israeli democracy, as globalism threatens to dismantle the power structure in Israel as well as in so many other Western countries. Dr. Paul Craig Roberts analyses this very process in the article below:

The impeachment proceedings orchestrated by the idiot House Democrats with the aid of the corrupt FBI, CIA, NSA and presstitute media have been a boon for Republican fundraising.

Jews such as Schiff and Nadler have created the impression for the average gentile American that Jews do not accept that “Trump Deplorables” are qualified to elect their own President, and that Schiff and Nadler intend to overturn the election outcome as it was the result of people who shouldn’t be allowed to vote.

Jennifer Rubin adds to this impression with her article, “American Jewish Voters Still Despise Trump,” in The Washington Post. This impression is very unfortunate for Jews as it will create anti-semitism even though not all Jews are supportive of Schiff and Nadler’s conspiracy to dethrone an elected American president on the basis of alleged hearsay, writes Dr. Paul Craig Roberts.

Some Jews have expressed their wonderment to me why Schiff, Nadler, et. al. in the House and Schumer, et. al. in the Senate are against Trump when Trump is the greatest supporter of Israel of all US presidents.

Trump has given Israel everything, and his reward is an impeachment orchestrated by Jews. They worry that a Jewish-led impeachment will undercut the Israel Lobby with Republicans and are puzzled that Israel hasn’t told AIPAC that the Jewish leadership of impeachment needs to be less pronounced.

Trump has given Israel everything, and his reward is an impeachment orchestrated by Jews.

One Jewish acquaintance said to me that it is nonsensical for Jews to try to destroy the US President who has been a godsend to Israel.

It is clear that the impeachment circus is a political act by the House Democrats. It is a political orchestration without any evidence or credible testimony. The Democrats are after power.

They were frustrated by the Russiagate failure, and orchestrated a hoax about Ukraine that, even if it were true, would not be an impeachable event. The House Democrats are able to get away with this hoax because the American media is corrupt.

As the impeachment proceedings unfolded, the public turned against the proceedings, recognizing them as a purely political action. The Democrats hope that some of the mud will stick to Trump and reduce his reelection chances, but it seems the impeachment is helping Trump.

The Senate will not convict Trump of the charges, unless enough Republican senators can be blackmailed by the FBI, CIA, and NSA—police state institutions that have spy folders on everyone—or unless the military/security complex can bribe enough Republicans with large sums of money to vote against Trump.

READ MORE: People do not realize how close America is to collapse.

I think this is unlikely as it would be too obvious even for insouciant Americans not to notice.

What is disturbing about the impeachment and Russiagate is that these orchestrated actions are an attempt to overturn a democratic election. The US now engages in actions against its own population like the actions Washington recently engaged in against Venezuela, Bolivia, Honduras, and Ukraine.

It is disturbing also because it demonstrates that there is no integrity in the media or the American security agencies. Without the support of the media and security agencies, the Democrats would not be able to orchestrate such obvious hoaxes.

The Democrats were frustrated by Russiagate failure, orchestrated hoax about Ukraine that, even if it were true, would not be an impeachable event.

Russiagate and the impeachment have radicalized the country. The population is now split in a new way. On the one hand we have the people who elected Trump, ordinary traditional Americans who believe in God and Country who are now demonized as “racists” and “white supremacists” (Jennifer Rubin labels traditional Americans “white nationalists”).

On the other hand we have the Democrats, no longer the party of the working people, but the party of immigrant-invaders, homosexuals, transgendered, pagans, feminists, and feminized males.

This fight strikes me as very unequal as the Democrats have cut themselves off from the traditional American public. Yet, nonetheless, it is the President of the United States and his supporters who are on the defensive. How did the President of the US and those Americans who elected him get put on the defensive by homosexuals, transgendered, feminists, crooks like Biden and Hillary Clinton, and a presstitute media devoid of all integrity and all responsibility to truth?