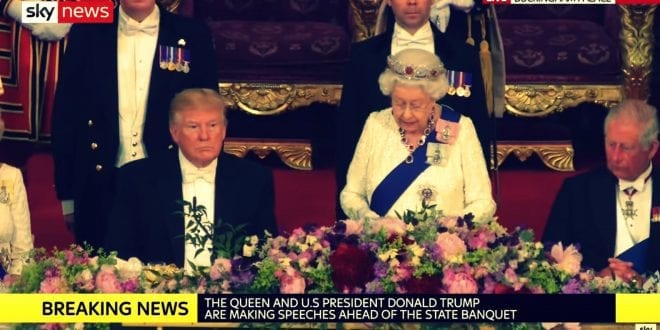 It is evident that the US mainstream media and particularly its owners are desperate to depict president Trump as some sort of lunatic. Why?As most now know, over 90 % of the US media is owned by only 6 corporations, with close ties to the leading globalist transnational businesses that view Trump as an enemy.

The coordinated and organized demonstrations ahead of Donald Trump’s visit to the UK was described as 250 000 demonstrators in the mainstream media, which turned out in reality just to be a few thousand. The tens of thousands cheering happily and the whole of London in festivities for the Queen and the US president was ignored. So much Fake News. As usual.

Organizing protests combined with puzzlingly negative mainstream media coverage is now the chief method used to create “support” for the globalist-Liberal agenda internationally. We saw it in the Arab Spring, presented as the quest for “democracy and human rights”, yet producing the very opposite: Civil war, economic deprivation and

In London, president Trump came on an invitation from the Queen of England,who held a great speech honoring the collaboration between the US and Great Britain, “united by common values and shared heritage”, during the state banquet. Trump spoke highly of the Queen after.

Still, the US mainstream media spoke insinuated that she was subtly attacking Trump by her words. London was beaming with happy faces, massive festivities and celebrations. When watching CNN and others, they made it sound as though the whole of England protested to Trump. Again, as usual.

Take a look at the Donald Trump-Theresa May press conference, where Trump commemorates May (watch from 23:30 onward) as a better negotiator than himself, and other positive comments, “you will probably not get all the credit you deserve. I think you deserve a lot of credit.” Then, joking with the journalists in a cheerful setting, which is hardly ever reported on.

It is called manufacturing consent, creating an illusion and speaking about it as though it was a reality.And this is what we all now know.

The people respond to mainstream bias in an unprecedented way, the cramping for retaining control seen by the censorship at Google, Facebook etc. In the UK, only 24 % state that they believe what is told in the media is true. In the US, the numbers are around 30 %. Needless to say, post the Mueller Report which confirmed that there is no evidence for a “Trump Russian collusion”, CNN ratings plummeted. CNN has for years focused almost solely on the allegations of a Russian collusion, the whole thing is just sad. 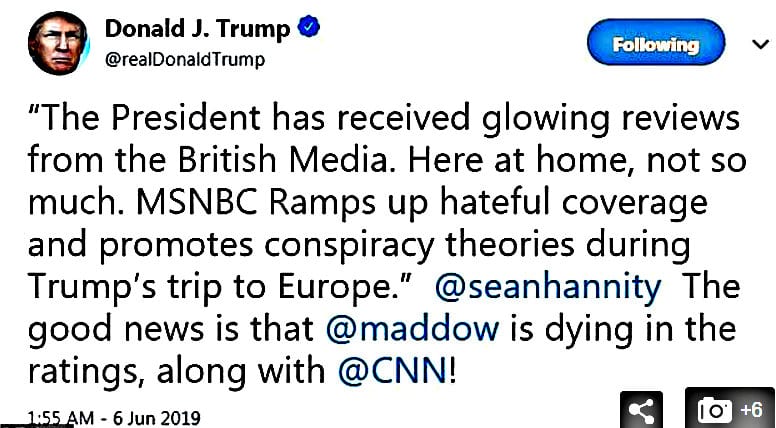 Then there is the complete lack of manners, knowledge and understanding displayed by the demonstrators who come across cussing, screaming as rude as it possibly gets. Who motivates these individuals to actually take the time to cuss everyone out like this? Are they paid?

Marking the 75 year anniversary of D Day in World War II, the same few demonstrators – again reported heavily on by the mainstream media – asserted that president Trump should not be allowed to celebrate D-day. Really? What kind of incompetent individuals speak like that?

While the media obediently reports on every cussword and poster carefully placed in the eye of the cameras. Again, who pays for all this? The demonstrations were obviously carefully orchestrated.

The Queen had just mentioned D Day with honor in her speech, which referred respectfully to President Trump and heartfelt welcomed him to Great Britain. One wonders.

Pro-Trump demonstrators and president Trump were called nazis by the demonstrators, no respect whatsoever for the seriousness the Normandie event where so many gave their lives.

Several thousand of our young men died there, defending Britain and the allies. Why do the demonstrators shout “nazis”? Are they not even aware of what World War II was all about? One wonders even more.

Why does the so-called Liberal Progressive globalists wish to come across as completely brainwashed, repeating lies about the President that long ago were revealed as false? Such as the Russian collusion story.

The lack of knowledge and competence as of what president Trump really stands for is rampant after years of slandering, character assassinations, harassment and so on in the media. The agenda of the owners of the mainstream media is all the more apparent. 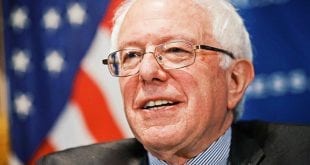 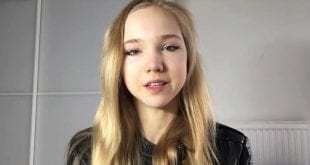 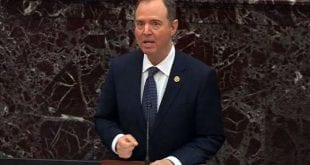 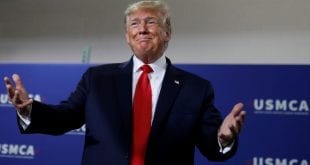