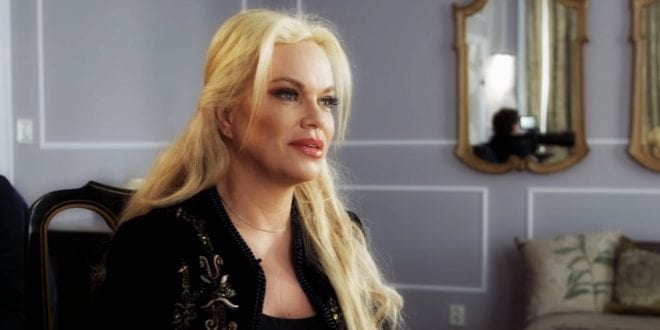 In a Fort Russ News article, Hanne Herland writes: In case anybody wonders, we look like idiots to the Russians, not even being able to stop this embarrassing story of lies before.

Senator Rand Paul demands the investigation of the Obama aides who pushed the Russia Gate conspiracy hoax to the public, and rightfully so, writes historian and founder of The Herland Report, Hanne Herland at Fort Russ News. Also published at The Institute for Political Economy.

Those responsible for spreading the hoax should be held accountable and tried for treason, defaming America’s democratically elected top official and tainting the nation’s reputation all across the globe.

Plus, making the American media outlets look like complete idiots, Europeans too, parroting as we do, whatever we find in the New York Times or Washington Post.

For years, we have been terrorized by CNN and New York Times, at it from morning till night, about president Trump’s “Russian connection” and “election meddling”.

Megyn Kelly even went to Russia to discuss “the meddling” with president Putin, who has been remarkably silent, the poor man, probably thinking that the Americans have gone completely mad. After all, Russia has an economy about the size of Italy, struggling internally with numerous issues, corruption for one, suddenly being elevated to “enemy of the world” in a media stunt that only ends up shaming the West so totally.

In case anybody wonders, we look like idiots to the Russians, not even being able to stop this embarrassing story before. Russia Gate goes down in history as a remarkable display of Western stupidity. And the world is watching our brave new world fall to pieces.

Are we nothing but conmen, eager to lie and defame one another, publicly displaying to the rest of the world the lack of national responsibility and accountability that permeates the current American establishment and especially the Democratic party?

As it turns out, the whole Russia Gate and Russian Collusion story was a hoax that the mainstream media so willingly spread into all the corners of the world.

The Democrats’ massive impeachment attempts failed, American treachery and deceitfulness is now on display for all the nations to watch. It is such a shame and a demonstration of the decay of justice in America. When something like this can be done to a President, what level of justice can ordinary citizens expect?

Even before this new nail in the coffin of the notoriously lying mainstream media, 77 % of the American public believes that the media does not speak the truth.

Wonder what it will drop to now. How can the media editors live with themselves, knowing that the people fully understand what is going on?

Why are these incompetent editors, so eager to sell out in a system that obviously does not serve the public, not replaced by genuine journalists?

Probably because over 90 % of the mainstream media is owned by only 6 corporations, and the narrative presented serves the maximum profit gain of the multinational companies that own it. The editors are sad PR puppets in a system that only serves the 0.1 % ultra-rich.

It has been a growing problem. The past years, and especially since the 1990s, we have seen a remarkable thrust of globalist capitalism.

It is an economic system that departs from the traditional, nation based model that was closely knit to the Protestant ethic, with ideals such as trust, dependability, worker’s rights, reinvestment, modesty and so on.

The new, rogue capitalism has reinforced an international economic model that benefits the ultra-rich in an unprecedented scale.

Globalism has produced a system in which 62 persons now own over 50 % of world assets, only made possible by the transnational business model that is dependent on open borders and refuses to redistribute wealth when outsourcing jobs. Or pay taxes, for that matter.

Naturally President Trump, who wants to reinforce national borders, strengthen national sovereignty and force the ultra-rich to pay taxes to the US is fought by a media owned by his adversaries.

The battle ground and defamation process against the President was easily channeled through the mainstream press. Alas, it did not end so well. 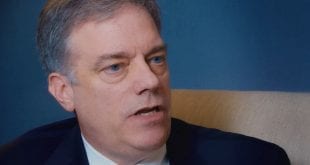